Son could not see his mother, dying from COVID, in her last moments 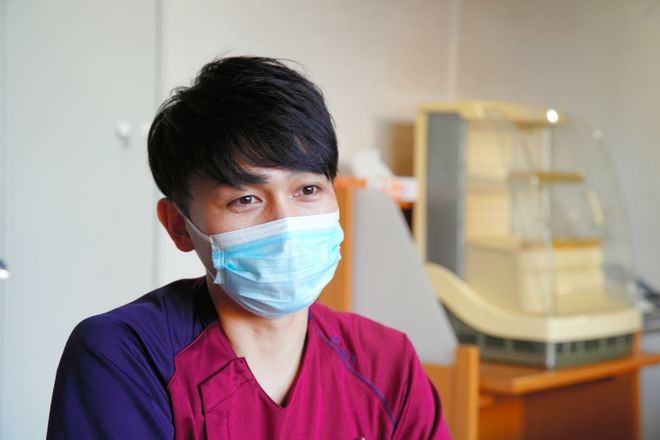 Hiroshi Joichi has been unable to come to grips with losing his mother due to the novel coronavirus.

“I still feel as if she is living healthily at a health care facility for elderly people,” said Hiroshi, 61.

He could not visit his mother, Chieko, when she passed away and missed her final moments.

Chieko lived in a care home in Osaka when she was diagnosed with COVID-19 in mid-November last year. She was hospitalized at the Osaka General Medical Center in Osaka’s Sumiyoshi Ward, which has beds for patients with serious conditions.

She showed no signs of recovery and Chieko did not want her life prolonged any longer, so she was relocated to the Kano General Hospital in Osaka’s Kita Ward. The medical center is intended for mild and moderate cases.

Chieko died at age 96 with no family members by her side on Nov. 26, two weeks after she was found infected with the virus.

In the event of his mother’s passing, Hiroshi, whose home is in nearby Sakai, hoped she would die without pain--that it would be like falling asleep. He wanted to decorate her coffin with red and pink flowers so she would lie there among them in her colorful kimono.

He wanted to spend his time reflecting on the days he spent with his fashion-minded mother, who he has long been proud of. But the reality was ruthless--far from those expectations.

Hiroshi is not the only case where relatives of those killed by COVID-19 are unable see their loved ones in person due to infection-prevention measures.

That has left health care providers scrambling to find ways to help family members through the bereavement process when their loved ones are claimed by the pandemic.

DEPRIVED OF A FUNERAL

Hiroshi said he can remember his mother working energetically in the days gone by, when Chieko and her husband ran an auto company that sold and repaired vehicles in Osaka. Chieko would quickly whip up curry and chop suey for 30 employees at the kitchen, wearing a kimono and apron.

When going out, Chieko was gorgeously clad in pink and yellow one-piece dresses. Even after she grew old and entered the care home, Chieko never forgot to put on makeup on the days her son, Hiroshi, visited her.

But when Hiroshi was finally allowed to see Chieko at an undertaker’s office for the first time after her death, it was through a body bag. Chieko was not wearing makeup or dentures. She looked like a completely different person.

The six or so relatives in the silent office room could not stop shedding tears after seeing her.

Family members were unable to spend a night with Chieko because of the anti-infection measures. She was cremated as soon as the following day--without a funeral service.

“Only her ashes returned home,” Hiroshi said. “I could do nothing for her. That was really pitiful.”

Her last moments proceeded completely unlike how Hiroshi had imagined them. But he said Chieko’s nurse at Kano General Hospital, Reiji Kitabayashi, 34, paid close attention to her, offering comfort during such a difficult time.

Between his tasks, Kitabayashi connected Chieko with Hiroshi and other family members through video calls made over a smartphone.

Each family member, in turn, offered their words of encouragement while Chieko was in an oxygen mask.

“I will see you as soon as you recover,” one said.

Chieko nodded and waved. The calls let the family speak with Chieko, even if only briefly, almost every day.

While they could not be there as she took her last breath, Hiroshi said he was relieved that the family could still connect with Chieko in the final stage of her life.

“He took care even in giving psychological assistance,” Hiroshi said about Kitabayashi.

But Kitabayashi said he saw a patient who died after their health abruptly worsened at his hospital. The bereaved family broke down in tears at the sight of the black body bag. They could not even see the patient’s face through it.

This harrowing emotional experience changed Kitabayashi. Witnessing patients’ deaths every day, he had tried to rein in his emotions and had told himself that “nothing more can be done in this kind of an emergency.” But the experience inspired him to do anything he could for dying patients and their families.

“I did all I can actually do,” Kitabayashi said about Chieko’s care. “I believe her family could say goodbye in a satisfactory manner.

“Spending as much time together as possible in the final moments can lead them (bereaved families) to a different state of mind. The medical care system must change.”