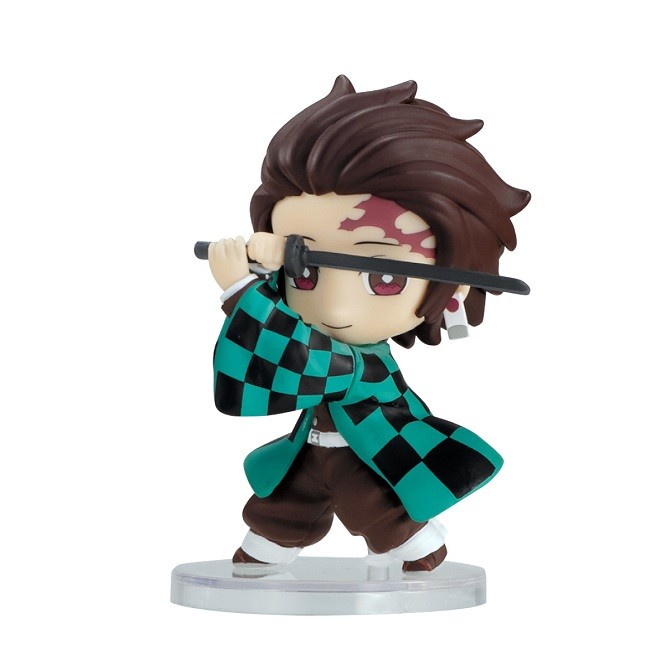 Tanjiro is one of the three figurines in the first batch of the “Chima! Chara Kimetsu no Yaiba” capsule toy line, which cost 800 yen each. ((c) Koyoharu Gotoge/ Shueisha Inc., Aniplex Inc., ufotable Inc.) (Provided by Bandai Co.)

Characters from some of the most popular anime are part of a new toy series for Bandai Co.’s high-end “gacha gacha” capsule vending machines that cost up to 2,500 yen ($24) a spin.

The first batch from the new Premium Gashapon lineup is three figurines from the “Demon Slayer: Kimetsu no Yaiba” anime. The cost per spin for this series is 800 yen. With detailed coloring and modeling, they recreate the ambience of the characters from the original work.

The following batches will be products of Son Goku from “Dragon Ball” in February and “Kamen Rider Saber” in March, worth 1,500 yen each.

With their sophisticated designs, gacha gacha toys have become increasingly popular among adults. A number of exclusive shops have opened to sell the items.

Facing fierce competition with about 30 capsule toy makers in the market, industry giant Bandai said it is trying to differentiate itself by offering high value-added products.