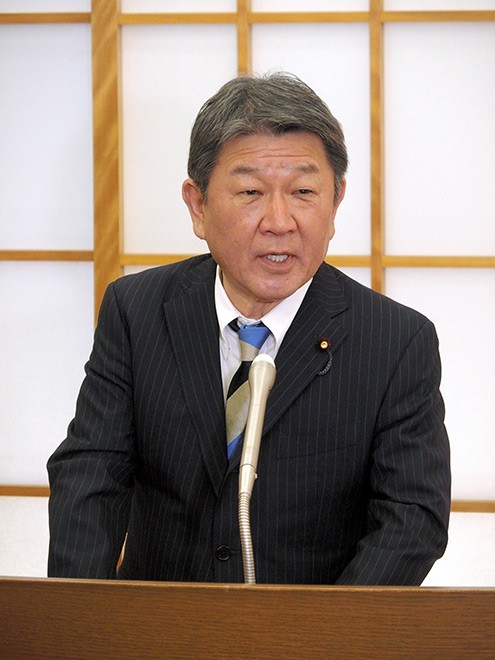 Japan has proposed a one-year extension on its current level of payment to host U.S. troops. Working-level negotiations on the initiative are set to begin as early as next week, according to Japanese government sources.

The five-year pact between the two allies over host nation support expires at the end of March.

Motegi pledged that Japan will continue to pay the current level of host nation support for one more year and suggested that the two countries open full negotiations on a new pact this year.

The two sides began talks in November over the amount Japan should pay following calls by the Trump administration for a steep increase in Japan's contribution.

However, the two sides were unable to reach an agreement.

The Japanese government included 201.7 billion yen ($1.94 billion) in its budget request for fiscal 2021, based on the current level of host nation support.

Japanese officials expect to reach an agreement with the U.S. side by the end of February with the sum of 200 billion yen for fiscal 2021 as a ballpark figure.

After that, they plan to start talks on Japan’s payment for fiscal 2022 and beyond.