Suga to prolong COVID-19 state of emergency for 10 prefectures 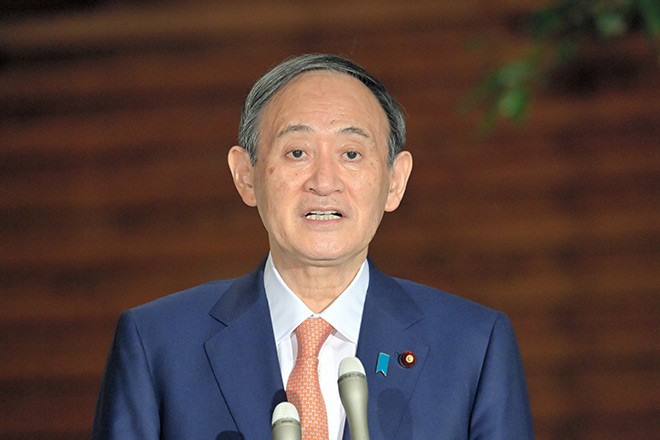 Japan is moving to extend the state of emergency beyond the Feb. 7 deadline, an acknowledgment that Prime Minister Yoshihide Suga has failed to deliver on his promise to bring the COVID-19 crisis under control.

Suga was expected to hold a news conference on Feb. 2 at which he was to explain the extension of the state of emergency for 10 prefectures until March 7.

The prime minister declared the state of emergency on Jan. 7 for Tokyo and three surrounding prefectures, and later expanded it to cover seven other prefectures. At that time, he said novel coronavirus infections would be contained within a month.

But only Tochigi Prefecture will be removed from the list of 11 prefectures covered by the state of emergency.

The prime minister was expected to call on the public for further cooperation with government requests to control COVID-19 infections.

Sources said the panel of experts dealing with the COVID-19 crisis would hold a meeting on Feb. 2 before making a formal decision to extend the state of emergency.

Although the number of new infections has been decreasing, the medical care situation, especially in the major urban centers of Tokyo and Osaka, is still very tight. That led government officials to conclude that the state of emergency should remain in place for those two prefectures, as well as neighboring ones that are closely linked in terms of economic and other activities.

After a government task force meeting on Feb. 1, Suga told reporters that while new COVID-19 cases were declining, “the situation was one warranting further caution.”

Sources in the prime minister’s office said the extended state of emergency could be lifted for the 10 prefectures before the new deadline of March 7 if the infection situation in their jurisdictions improves.

The state of emergency will continue for Tokyo, Kanagawa, Chiba and Saitama prefectures in the Kanto region, Osaka, Kyoto and Hyogo in the Kansai region, Aichi and Gifu prefectures in central Japan, and Fukuoka Prefecture on the main southern island of Kyushu.

After the experts’ panel meeting, Suga for the first time will appear before the Rules and Administration Committees of the two chambers of the Diet to explain what the government was about to decide.

Until now, such reports to the committees had been made by Yasutoshi Nishimura, the state minister in charge of economic revitalization who also heads the government effort to deal with the COVID-19 health crisis.

Government officials had said that benchmarks for the second highest alert level of stage 3 would have to be met before the state of emergency could be lifted. But Tokyo and Osaka have only met the stage 3 benchmarks for two of the six indicators.

The panel concluded that the medical care situation remained in a very serious state.