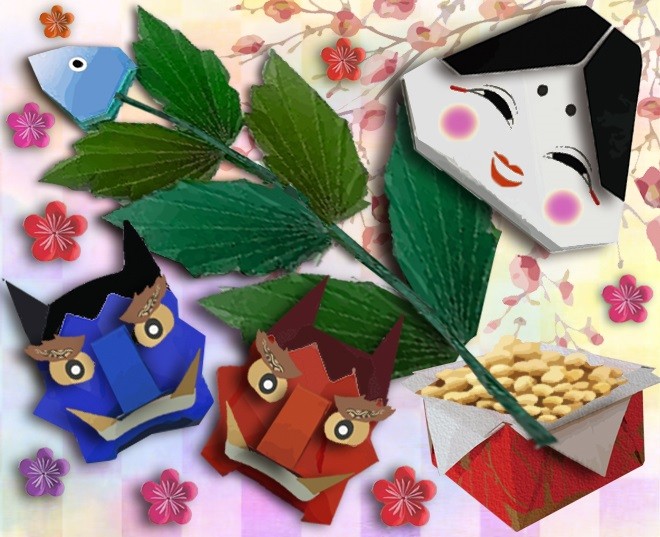 a child tears off the foil
from the bar of chocolate--
first winter’s day
--Serhiy Shpychenko (Kyiv, Ukraine)

lockdown
a bowl of candy
in every room
--Pat Davis (Pembroke, New Hampshire)

The haikuist sketched a colorful scene at a shrine. She celebrated Setsubun on Feb. 2, the start of spring on the lunar calendar, by throwing big soybeans at blue and red-faced demons.

Djurdja V. Rozic waited for an ox cart attended by a man with a twitch. Joanne van Helvoort paused while walking in the Himalayas. Marie Derley had hoped to be in Brussels, Belgium, by next Friday for the arrival of the Chinese New Year.

mountain village
a girl and her oxen
thresh the corn

countryside road
the big ox
does not want to move

Angela Giordano awaited the 12-year animal cycle to rotate before plucking up her nerve to party. Hifsa Ashraf accepted her lot in life in Rawalpindi, Pakistan.

year of the ox--
after twelve years I celebrate
my birthday

year of the Ox
I make peace
with the cold sun

settling down
three generations
of oxen

Thinking he could get away with it, Alan Summers admitted to sneaking down to the kitchen at home in Wiltshire, England. Guliz Mutlu couldn’t resist Turkish delights.

candy streaks
another child unmasked
at dead of night

Samo Kreutz craved a return to former days in Ljubljana, Slovenia. Hidehito Yasui finds the forced closures of companies are unfair in his neighborhood of Sakai in Osaka.

lollipop
one more time
I become a child

Masumi Orihara swayed at the counter of a sweetshop in Sydney, Australia. In Misawa, Aomori Prefecture, 11-year-old Cocoro Jones dreamed of watching a movie on the ceiling in Technicolor. Jorge Alberto Giallorenzi lives in colorful Buenos Aires, Argentina.

River of Heaven
Has a mix of colors
In my dreams

Eleonore Nickolay grew up in a German village. A neighbor lent her children’s books from an immense library, and offered her candies, too. In hindsight, she said, “Both, the books and the candies are delicious memories of a rather sad and lonesome childhood.”

sweet bygone days
the old neighbor’s candies
but what was her name?

Elancharan Gunasekaran meticulously cared for colorful cyclamen in Singapore. Charlie Smith took solace looking out the window of his research office where he conducts online classes in North Carolina.

Pat Davis shared a haiku that hints at how the pandemic has made it hard for a family in Pembroke, New Hampshire, to buy food. The government regularly issues coupons redeemable for food to low-income persons in America.

new to food stamps
his question
about candy

the little gifts
that keep our hands up
teacher’s toffee

Fogged window
my frozen fingers
on a cup of tea

Helga Stania said she enjoyed her day sweet, with a lot of freshness. Satoru Kanematsu could have been describing a cake trimmed with chocolate-colored leaves and decorated with frosting.

Kanematsu loves ants. His haiku was inspired by a visit to Nagoya City Museum. Daniela Misso loves candies. Her haiku was experienced in San Gemini, Italy. Both their haiku were crystallized in a moment.

The next issue of the Asahi Haikuist Network appears Feb. 19. Readers are invited to send haiku for spring on a postcard to David McMurray at the International University of Kagoshima, Sakanoue 8-34-1, Kagoshima, 891-0197, Japan, or e-mail to (mcmurray@fka.att.ne.jp).