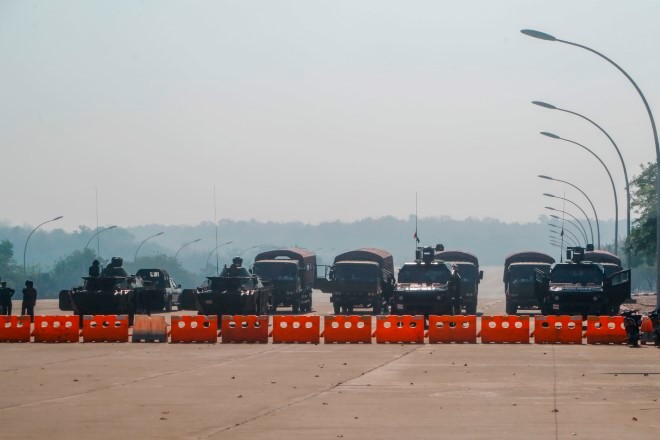 The world’s democracies would risk pushing Myanmar into the arms of China if their response to the coup closes channels for communication with the Southeast Asian country’s powerful generals, Japan’s deputy defense minister said on Tuesday.

“If we do not approach this well, Myanmar could grow further away from politically free democratic nations and join the league of China,” State Minister of Defense Yasuhide Nakayama told Reuters in an interview, saying Japan should discuss a common strategy with its allies.

Myanmar’s army seized power on Monday, declaring a state of emergency, and detained elected leader Aung San Suu Kyi along with other government officials, having accused her National League for Democracy (NLD) party of winning a landslide victory in the Nov. 8 vote through “election fraud.”

Japan, a major aid donor with longstanding close ties to Myanmar, responded by calling for the release of Suu Kyi and members of her civilian government, and the restoration of democracy.

“If we stop, the Myanmar military’s relationship with China’s army will get stronger, and they will further grow distant from free nations including United States, Japan and the United Kingdom,” Nakayama said. “I think that would pose a risk to the security of the region.”

Since 2014, through in-country seminars and other programs, Japan’s defense ministry has been training Myanmar’s military officers on underwater medicine, aviation meteorology, disaster relief and Japanese language. The two countries also have an academic exchange program, under which eight cadets from the Myanmar military are currently studying at Japan’s National Defense Academy.

As part of efforts to contain the growing influence of China in the South China Sea and Indian Ocean, Japan has focused on “capacity building support” with ASEAN (Association of Southeast Asian Nations) countries as part of its security strategy in recent years.

Nakayama, who has been publicly critical about China, said he was watching China’s actions at sea with caution following a new law passed in Beijing, allowing the coast guard to fire on foreign vessels.