1,000 companies go bankrupt as virus continues to rage in Japan 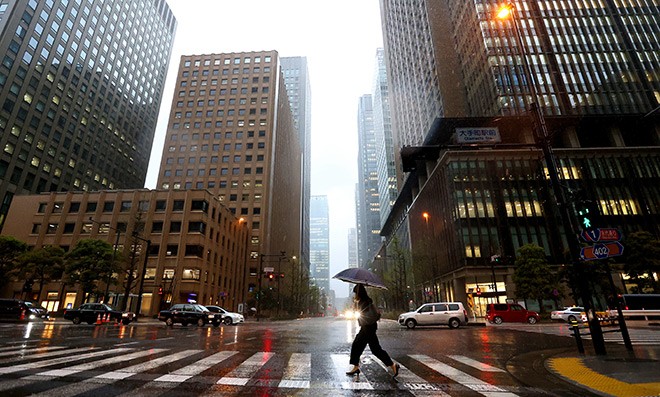 A total of 1,000 companies have now gone bankrupt in Japan due to causes related to the COVID-19 pandemic, the latest count by a credit reporting agency showed.

The figure includes businesses preparing to file for bankruptcy and those that had debts of less than 10 million yen ($95,200), according to data released on Feb. 2 by Tokyo Shoko Research Ltd.

Unlike the global financial crisis triggered by the 2008 collapse of U.S. investment bank Lehman Brothers, which sent many listed companies into bankruptcy in Japan, it is mostly small- and midsize businesses that have gone bankrupt due to the current health crisis.

Companies with fewer than five employees account for roughly half of the pandemic-related bankruptcies, while only 5 percent or so were filed by those with 50 or more employees.

The government’s financial support has helped small businesses stay afloat. But their business conditions will likely remain tough as a one-month extension of the state of emergency was announced on Feb. 2 for 10 prefectures, including Tokyo.

Many companies had managed to postpone declaring bankruptcy thanks to unsecured loans whose interest rates are practically zero and cash handouts provided by the government, according to Tokyo Shoko Research.

“Financial institutions will likely become more reluctant to provide additional loans to businesses as many companies cannot foresee whether they can rebuild their core business,” said a Tokyo Shoko Research official involved in compiling the bankruptcy data. “The number of bankruptcies may increase further from around this spring.”

The first bankruptcy resulting from the fallout from the COVID-19 crisis was filed in late February last year. The number of pandemic-related bankruptcy cases rose to 500 by mid-September and about four months later has reached 1,000.

The figure has remained high, hovering around the 100 mark on a monthly basis since September.

By business type, most bankruptcies were in the restaurant industry, at 182, followed by 83 in the construction sector and 62 in the hotel and inn industry. The data shows the service sector has been hit hardest by the pandemic due to a plunge in the number of foreign tourists to Japan and stay-at-home requests by the authorities.

By prefecture, 247 of the bankruptcies were in Tokyo, followed by 94 in Osaka and 55 in Kanagawa. Only nine of the country’s 47 prefectures had fewer than five bankruptcies, with Yamanashi reporting the lowest, with only one.