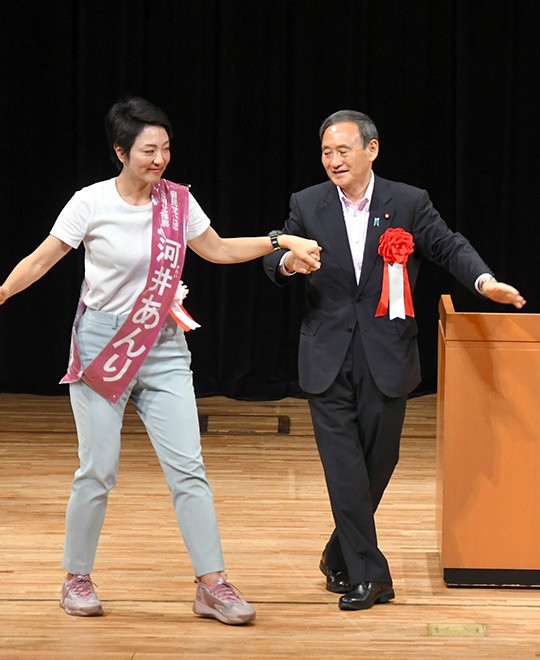 Convicted vote-buyer Anri Kawai resigned from the Upper House on Feb. 3, ending her brief but scandal-filled career in national politics.

Kawai’s resignation letter was sent to Upper House President Akiko Santo through her secretary. Her resignation was expected to be approved in an Upper House plenary session later in the day.

The Tokyo District Court on Jan. 21 found Kawai, 47, guilty of bribing local politicians for votes in the 2019 Upper House election and handed her a suspended sentence.

Representing a Hiroshima constituency, she won her first seat in the Diet in that election.

Both ruling and opposition party members demanded that she vacate that seat after the guilty verdict.

On the day of the ruling, her lawyer told reporters, “She has to reconsider her status as a lawmaker.”

Her husband, Katsuyuki, 57, a Lower House member and former justice minister, has also been indicted in the case on charges of violating the Public Offices Election Law. The couple left the ruling Liberal Democratic Party before their arrests over the suspected bribes to local politicians in Hiroshima Prefecture.

The Kawais are believed to be close to former Prime Minister Shinzo Abe and his successor, Yoshihide Suga, who both traveled to Hiroshima Prefecture to back Anri Kawai’s candidacy in the election.