Pandemic wipes out momentum of craft beer brewers in Japan 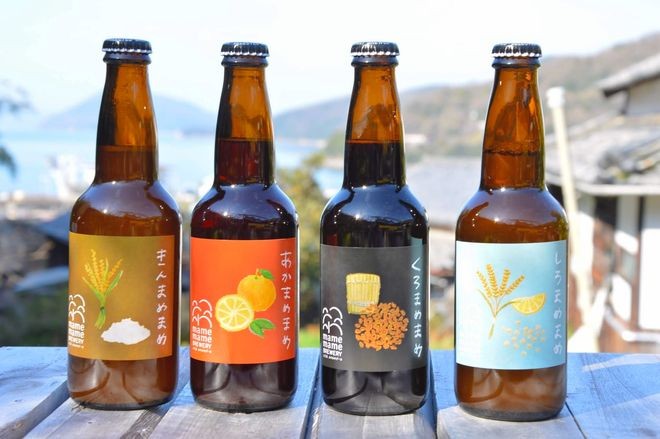 The COVID-19 pandemic has battered Japan’s craft beer industry at a time when a number of small breweries were finding their niche.

With an absence of tourists and regular customers following authorities’ “stay home” requests, craft beer breweries have been forced to curtail operations, change their business strategies or simply shut down.

Mame Mame Brewery, located on Shodoshima island in the Seto Inland Sea in Kagawa Prefecture, has produced beer from local ingredients, such as “moromi” (unrefined soy sauce). Its beverages were gaining in popularity among tourists and homecoming visitors.

But spread of the novel coronavirus ended that run.

According to Shodoshima’s tourism association, the number of passengers using ferries to get to and from the island dwindled by 35 percent in December 2020 from the same month of the previous year.

“I would be happy for a quick return of the days when people felt free to drink beer here,” Masaya Nakata, a brewer at the company, said.

Until then, the brewery will have to rely on sales over the internet and customers who have purchased a membership that comes with a monthly shipment of beer with snacks.

Small-scale production of craft beer, often called “jibiiru,” was allowed under the 1994 revised Liquor Tax Law. Companies in a variety of fields started brewing to tap into Japan’s enormous beer market that has long been dominated by big breweries. Some craft beers are categorized as sparkling liquor under the law.

The initial boom eventually died down. But the unique tastes of many craft beers have drawn steady followers in recent years.

According to Japan Beer Journalists Association, the number of beer breweries in Japan nearly doubled over the past five years to 493.

The pandemic has also dashed their once-bright futures.

Virgo Beer, a brewery located near the landmark Tokyo Skytree in the capital’s Sumida Ward, opened two restaurants that serve its beer in 2020.

But sales never took off because people refrained from going out.

The company also enhanced its brewing facility, but demand is not there to effectively use the upgrades.

The situation is more dire for small breweries that do not own bottling and other equipment.

The Meguro Tavern, a British pub in Tokyo’s Meguro district, was forced to close in summer 2020 because of the pandemic.

“Income levels have fallen too low to continue in such a high rent location,” a message on its website said in August. “This is the worst situation since we opened in 1998 and there’s no end in sight!”

Pub staff still produce craft beer at a nearby facility, seeking to expand distribution routes. But so far, only four places have partnered with the brewery, and beer production has been reduced to half of the pre-pandemic amount.

Garth Roberts, 64, who manages the Meguro Tavern, said the business has languished since the novel coronavirus outbreak, and the current state of emergency has worsened the situation.

Not all craft beer makers are struggling, however.

The company, an affiliate of Hoshino Resorts Inc. and based in Karuizawa, Nagano Prefecture, has been a pioneer in sales of canned craft beer by building many sales channels—through supermarkets, convenience stores and online—over the years.

Such efforts have been rewarded during the pandemic. Although beer demand in the tourism and restaurant industries has sharply declined, beer consumption at home has increased.

“It is a given fact that we will continue to increase our sales channels after the pandemic is over,” Ide said.

Miyazaki Hideji Beer, a brewery in Nobeoka, Miyazaki Prefecture, is one of 15 brewers nationwide that have signed partnership agreements with Kirin Holdings Co., one of the giants in Japan’s beverage industry.

Thanks to the partnership, Hideji’s sales in 2020 were down by only 10 percent compared with the previous year.

Tokihiko Nagano, president of Hideji, said the opportunity “makes it possible for our beer to be served at places where we alone could not make it happen.”

(This article was written by Takumi Wakai and Yoshikatsu Nakajima.)