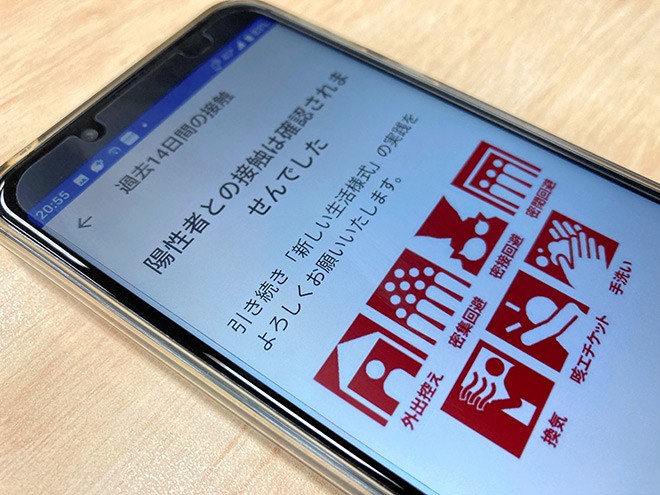 The health ministry’s contact-tracing app for the novel coronavirus has failed to notify Android smartphone users that they have been in close proximity to infected individuals since September last year.

The ministry pledged to overhaul the system and fix the problem by as early as mid-February. It said the bug has not affected iPhone users.

The glitch came after a Sept. 28 update of the COCOA app, according to the ministry. The app notifies users if they have been in the company of other users who registered positive test results for the virus on the app. Such contact would be for more than 15 minutes within a radius of 1 meter.

But the notification function has not been working for Android users, even if they have been in close contact with those who register positive tests, the ministry said.

The bug remained undiscovered because the app functioned properly in simulated operation tests conducted by a company commissioned for the maintenance of the app system, the ministry added.

Since January, many Android users have reported that they have not received any notifications from the app despite their contact with infected people. The company tested the app on smartphones and found the glitch.

“We failed to immediately discover the bug because the app was not tested on actual devices,” a ministry official said.

The app had been downloaded about 24.6 million times, and 10,015 users registered positive tests on the app as of Feb. 2. Android users account for 30 percent, or 7.7 million, of the downloads.

(This article was written by Shuichi Doi and Naoyuki Himeno.)