Myanmar people in Japan call on government to pressure military 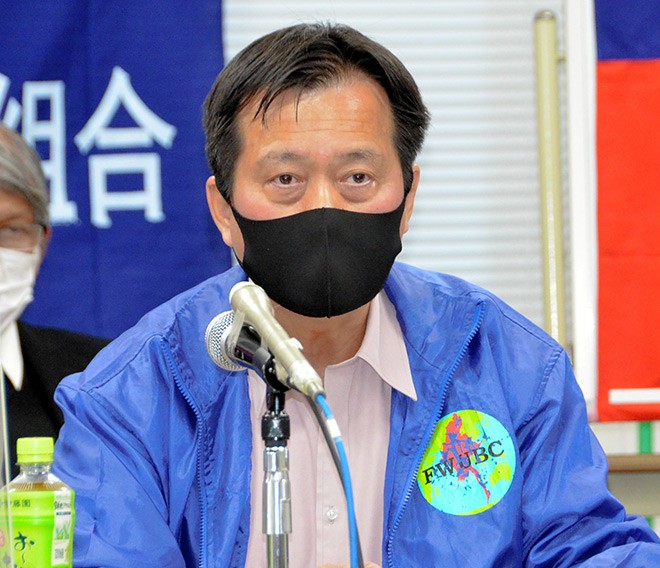 Myint Swe, chairman of the Federation of Workers’ Union of the Burmese Citizen in Japan, speaks at a news conference in Tokyo on Feb. 4. (Haruka Suzuki)

Myanmar citizens living in Japan continued their campaign urging the Japanese government and other nations to pressure the Myanmar military to release the elected leaders it detained in a coup, including the country's leader, Aung San Suu Kyi.

The Myanmar nationals held a news conference in Tokyo on Feb. 4 that followed a large demonstration in front of the Foreign Ministry building the day before that drew an estimated 3,000 protesters.

“Myanmar could return to a dark age,” said Myint Swe, chairman of the Federation of Workers’ Union of the Burmese Citizen in Japan, which has been promoting the pro-democracy movement in Myanmar. “I beg (the international community) to help Myanmar out.”

He called on the international community to ratchet up the pressure on the Myanmar military through such means as economic sanctions and an arms embargo. He also urged the Japanese government to “issue a statement that strongly condemns (the coup) as the United States did.”

“I wanted to return home to share what I have learned in Japan with the people of Myanmar, but the current situation shatters such a dream,” Lae Lae Lwin said in a trembling voice.

Lae Lae Lwin also said Japan and Myanmar can build a good relationship by cooperating in the medical and welfare fields and asked for support from the Japanese government.

The federation and the Japanese Association of Metal, Machinery, and Manufacturing Workers the same day released a joint statement strongly condemning the coup, calling it “an act of violence that tramples on human dignity and democracy.”

Myint Swe and other Myanmar residents in Japan said they are still having difficulty contacting local residents in their homeland.