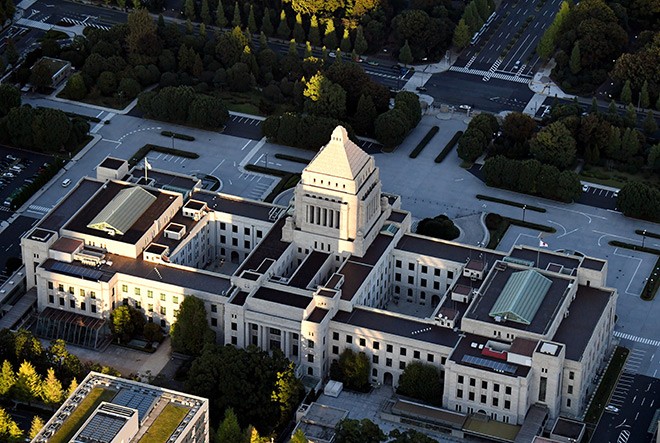 Lawmakers are forming a nonpartisan group to enact a Japanese version of the U.S. Magnitsky Act, which would allow Japan to slap sanctions on parties it deems guilty of human rights abuses overseas.

However, the Japanese government is wary about the initiative, viewing it could limit the cards in its diplomatic repertoire.

Japan has championed human-rights diplomacy through “dialogue and cooperation.”

Currently, no Japanese law exists to authorize sanctions against individuals and groups outside Japan merely on grounds of their violation of human rights.

Tokyo can impose sanctions if the U.N. Security Council adopts a resolution.

But the absence of legal grounds for sanctions makes it difficult for the Japanese government to act on its own to take punitive measures.

The move toward such legislation comes as the new administration of U.S. President Joe Biden is set to take a tougher stance against human rights abuses across the world.

Washington and Beijing have been at odds with each other over reports of atrocities against ethnic Uighurs and other Muslims in China’s Xinjiang autonomous region.

The Japanese government will likely be put in a difficult situation between the two countries. The United States is a crucial security ally and China is a vital trading partner.

The Japanese government expressed grave concern over the state of human rights in the Xinjiang autonomous region, but not much beyond that.

The government’s reluctance to rebuke China has drawn fire even from lawmakers of the ruling Liberal Democratic Party.

“Some LDP legislators are questioning if Japan is a country that respects human rights,” said Gen Nakatani, a former defense minister and an LDP senior member who is expected to become co-leader of the group working toward the legislation relating to sanctions.

Nakatani's comment came at a Jan. 27 meeting of Diet members who will sponsor the bill.

The Magnitsky Act was enacted in 2012 to sanction Russian officials who were linked to the death of Sergei Magnitsky, a Russian auditor and whistleblower, in prison three years earlier.

The act, expanded to targets around the world in 2016, authorizes the U.S. government to impose entry bans and freeze assets of individuals and groups that are deemed as human rights offenders by U.S. authorities.

Canada and Britain have already passed a similar law. The EU decided to introduce its own in December.

In Japan, a Diet group was established in July following the imposition of a new national security law in Hong Kong by the Beijing government that will give authorities widening power to clamp down on political crimes.

The group, which calls itself the Japan Parliamentary Alliance of China (JPAC), began considering sponsoring a Japanese version of the Magnitsky Act.

A consensus among leading parliamentary groups is needed for the lawmaker-initiated legislation to pass the Diet.

But Komeito, a junior partner in the ruling coalition, did not back the initiative to enact the envisaged legislation as the party has traditionally placed emphasis on Japanese ties with China.

As a result, the establishment of a new parliamentary group that does not name China as a target was proposed to gain wider support in the Diet.

“It will become easier for more political parties to join the effort if the legislation does not take the form of targeting specific countries,” said a senior member of the JPAC.

Still, there will be many hurdles to clear before the bill becomes law, including likely opposition from LDP Secretary-General Toshihiro Nikai and other legislators who have strong connections with China.

If the country institutes a law allowing Japan to impose sanctions based on a call from the Diet, the government may be unable to ignore prevailing public opinion at the time and will be left with fewer options.

NO MORE EXCUSES FOR JAPANESE INACTION

A government official said the absence of a law authorizing sanctions against human rights abuses allowed the Foreign Ministry to have an excuse for Japan’s past inaction when a situation arose.

“But now, the ministry is concerned that Japan would be seen as a country not acting despite the existence of a law,” the official said.

The government is pressuring LDP lawmakers to shelve the effort to sponsor the bill concerning sanctions.

The Biden administration will likely call on its allies to fall into lockstep on China.

European countries have taken a firm stand against China over the tense situation in Hong Kong and the Uighurs.

At an LDP meeting last month, lawmakers blasted the Japanese government for cowering instead of taking a clear position as it places top priority on relations with China. Other legislators said Japan’s position might lead to its isolation among the Group of Seven advanced economies.

The LDP formed a task force for studying human rights diplomacy on Feb. 3.

Akira Igata, a visiting professor of economic security at Tama Graduate School of Business in Tokyo, called for a new initiative to work with China.

“An increasing number of experts are now skeptical about the existing assumption that China’s democracy will expand as the country’s economy grows,” he said. “We need a new effort to prod China into taking a different approach” toward human rights issues.

(This article was written by Tatsuya Sato and Yuki Nikaido.)