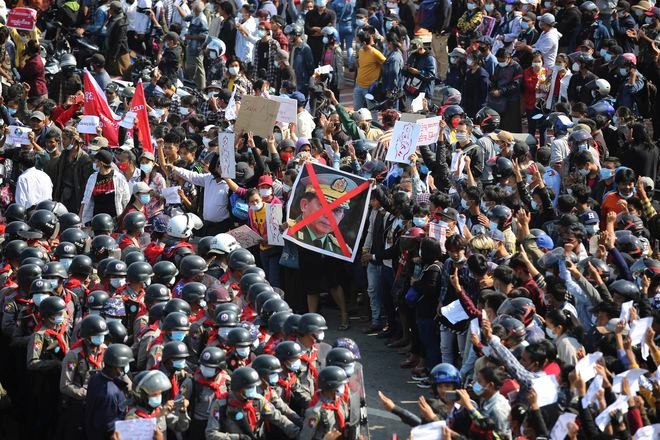 Myanmar's first king was elected by popular vote, according to a legend cited by Kei Nemoto in "Monogatari Biruma no Rekishi" (History of Burma, a narrative).

People lived in harmony at first, but became greedy over the years. When conflict and crime became rampant as a result, the people put their heads together to deal with the situation and decided they should elect just one king who would, hopefully, govern the land peacefully.

This is a simple tale, but it can do the nation proud.

In fact, Aung San Suu Kyi reportedly used to bring it up during her years as the face of Myanmar's popular democracy movement.

Ever since Myanmar became an independent republic in 1948, it has seen its pro-democracy moves repeatedly quashed by the military--in 1962, 1988, and again this year.

In the Feb. 1 coup d'etat, the military declared invalid the results of the 2020 general election in which the military's proxy party, the Union Solidarity and Development Party, was effectively blown out of the water.

Until the coup, Suu Kyi's administration almost bent over backward to defer to the military on the Rohingya crisis.

But that was apparently not good enough.

The military refused to condone the administration's move to revise the Constitution to cap the military's representation in the national bicameral legislature.

It is not rare in nations where the armed forces hold considerable power--of which Myanmar is one--for the military to keep businesses under its wing and engage in economic activities.

Are the top brass trying to protect their vested interests, or their honor?

In Myanmar, they even cut off internet connections to isolate the public from the outside world.

A saying there goes to the effect, "Knowledge is a pot of gold that nobody can steal."

Given the years of the popular democracy movement, the people of Myanmar must have deepened their knowledge and experience.

Their anti-military protests continue, seeking the support of the international community.