A look at what quarantine is like in Olympic-host Japan 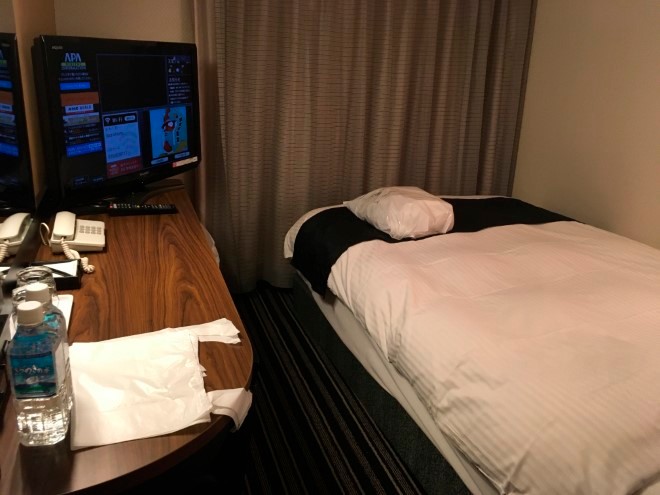 This photo shows an interior of hotel room where some passengers who returned to Japan from London are in quarantine, in Tokyo on Feb. 1. (AP Photo)

What’s it like traveling to Japan, six months ahead of the Olympics?

Almost impossible, unless you’re a Japanese national or a foreigner with resident status.

A state of emergency for a large part of the country means that even those special cases who are allowed in have to take multiple coronavirus tests and stay holed up in quarantine.

And what could the entry process be like for thousands of Olympic athletes scheduled to show up ahead of the July games?

Plans now call for the athletes to be tested 72 hours before they leave home; then again when they arrive, and then frequently when they are closed off in a "bubble” in the Athletes’ Village alongside Tokyo Bay.

Here’s a look at the strict entry protocols for the current handful of travelers coming into Japan, and what could happen with athletes during the Olympic Games.

Q: What happens on the plane?

A: Before getting off, passengers need to fill in a “Kenko Card" (Health Card) that declares what countries they’ve been in during the past 14 days and where they will be self-isolating for the next 14 days in Japan.

Q: Do I have to quarantine in Japan?

Because of the emergence in Japan of new coronavirus variants, all people traveling from Level 3 countries and regions--the U.K., South Africa, Ireland and parts of Brazil--have to quarantine at a location designated by the government, usually a hotel near the airport, for at least the first three days.

Those who test negative for the virus on their third day can then leave, but they have to remain in self-isolation elsewhere for 11 more days to complete the quarantine.

Q: How do you get out of the airport and into the country?

A: You will take another COVID-19 test at the airport terminal in Japan. The results come in a few hours, and, once cleared, an airport quarantine officer will take you through the immigration process.

For those coming from Level 3 areas, there’s a free shuttle bus to the place where you will quarantine for the next three days. Everyone else can head to their self-isolation locations on their own, but cannot use public transport.

Q: Where will I have to stay and do I have to pay for it?

A: You learn the location of your quarantine while waiting for the test results. It is usually a hotel relatively close to the airport where you land. The cost, including meals and transport, is covered by the Japanese government.

A: You get food delivered to your door three times a day. Some hotels have laundry service and delivery can be arranged as well. Alcohol consumption is prohibited.

Every morning you must report your temperature via a smartphone. You can only open your door to collect your lunch boxes and test kits.

On the third day of your stay, you take a coronavirus test that’s similar to the airport test. If you test negative, you can head to your next designated location--some go home, others to a private hotel--to complete your self-isolation. Again, you can’t use any forms of public transportation.

Q: What happens after your release?

A: A staff worker will check if you have installed a COVID-19 Contact-Confirming Application designated by the government on an online messenger application to report your health condition. You must allow your location to be accessible on your smartphone.

Those without a smartphone will have a daily call for the rest of the self-isolation period instead.

In case of a violation, your name and nationality will be announced publicly, and, if you’re a foreign resident, you may lose your residence status and be deported.

Q: Will athletes need to go through this same process ahead of the Olympics?

A: The International Olympic Committee and local Tokyo organizers are publishing so-called Playbooks to spell out the rules for entry into Japan for 15,400 Olympic and Paralympic athletes from 205 nations and territories.

The Playbooks will be updated in April and June. As of now, athletes will be asked to “take measures” 14 days before traveling. This means taking temperatures, wearing a mask and practicing social distancing.

The village will serve as their home base “bubble.” Frequent testing is expected there too--perhaps every four days. Practice facilities and venues will also serve as bubbles. Athletes will be kept away from the media and fans and will conduct most interviews online.

All athletes are being asked to arrive only five days before their first competition and leave two days after. They are being told there will be no tourism and little social contact--even in the Athletes’ Village.