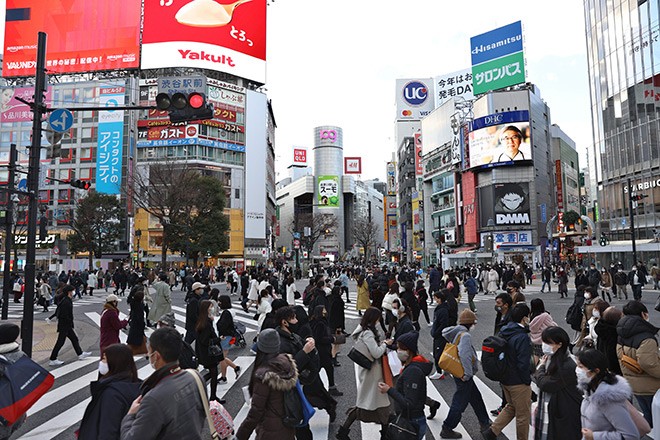 The central government will roll out more than 10,000 polymerase chain reaction (PCR) tests per day in busy downtown areas of major cities such as Tokyo and Osaka, free of charge.

The mass testing of the public will begin once the extended state of emergency issued to Tokyo and nine prefectures is lifted, which is scheduled for March 7.

The government hopes the random testing can provide valuable information to predict an imminent surge of novel coronavirus infections.

Under the plan, the government will use facilities located in the busiest neighborhood and welcome people to drop in to take a test.

In addition to examining the test results, officials will use artificial intelligence software to analyze social media so they can detect early indicators that suggest the virus will spread further.

Officials said they will look for various patterns of chatter, like whether the number of people in certain areas posting about getting a fever increases.

They will also monitor for comments such as, “Let’s have a drinking party!” that may suggest if personal behavior or events will lead to an increase in transmission.

“We want to lay out a framework to start the monitoring tests in busy areas in Tokyo and Osaka, among others, because the infections spread from major urban locations to the countryside,” Yasutoshi Nishimura, the state minister in charge of the government’s response to the pandemic, said at a news conference after a Cabinet meeting on Feb. 9.

Nishimura said officials at the Cabinet meeting decided to spend about 8.1 billion yen ($77.5 million) from discretionary reserves on the project.