Weaker virus strain might be treatable with drug for cats 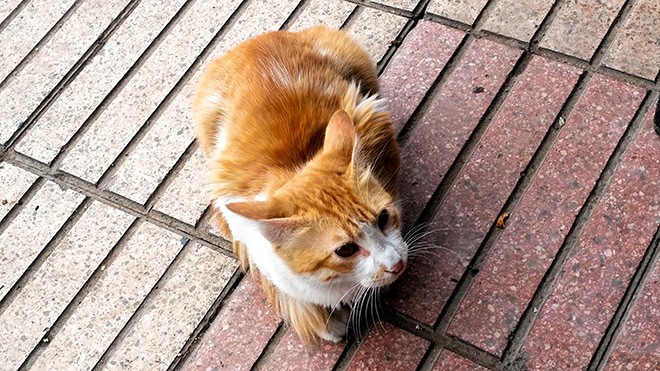 The possibility has emerged of using a drug developed for cats to treat COVID-19 in humans. (Asahi Shimbun file photo)

A research team in Japan identified a variant strain of the novel coronavirus that it says might be treatable with a drug developed to treat cats with the disease due to its weakness.

The researchers from Tokyo’s Keio University and Osaka University confirmed the strain leads to comparatively minor symptoms in humans.

An antivirus drug known as GC376 has been developed abroad that has been used to treat feline infectious peritonitis, a fatal disease caused by a novel coronavirus in cats.

It has also been found to interfere with the same enzyme found in the variant strain of the virus found in humans, opening the possibility that it could be used to treat them.

But despite the team's findings, Makoto Suematsu, the Keio professor who heads it, said, “There is a need to be cautious because a different variant strain is now spreading that can replicate much more quickly than the weaker variant.”

The DNA of the strain consists of about 30,000 pairs made up from four bases. One base replaces another in a pair at the rate of once every 15 days, creating new variant strains.

One variant strain confirmed in Britain has been found to be much more contagious than previous ones.

The team analyzed samples taken from COVID-19 patients between March and August 2020 who were treated at Keio University Hospital.

One major finding was that 48 patients infected with a variant strain that has mutations in the gene that creates the 3CLPro enzyme were less likely to suffer serious symptoms in comparison to 37 patients who did not have the variant strain.

Experiments led to the finding that the new strain lowered the activity of the enzyme by about half and that, in turn, interfered with the multiplication of the virus.

That weaker variant strain was found in a majority of the COVID-19 patients during the second wave last summer, but the number of such patients has dropped in recent months.

(This article was written by Kenji Tamura, a senior staff writer, and Shigeko Segawa.)