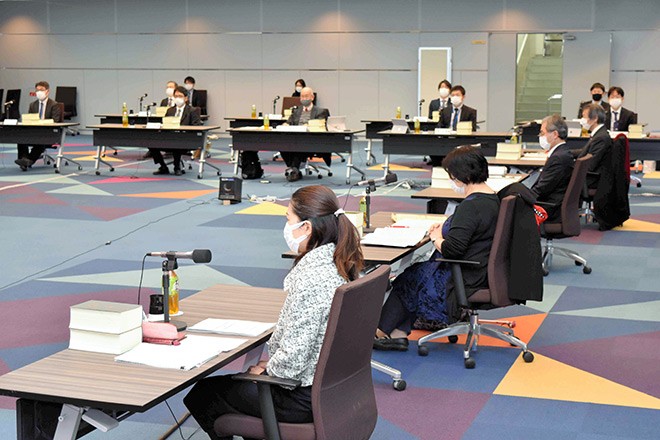 A child born to a woman after she has remarried may be deemed the legitimate offspring of the current husband under proposed revisions to the century-old Civil Law to address the issue of unregistered children.

A task force of the Legislative Council, an advisory panel to the justice minister, on Feb. 9 compiled interim draft proposals to revise the Civil Law that determines a child's paternity based primarily on the marital status of the parents when the child was born.

The revisions are aimed at reducing the number of children whose mothers chose not to submit a notification of the births to avoid being registered as their former husbands’ offspring.

The current Civil Law provision stipulates that a child born within 300 days of divorce is “presumed” to be the former husband’s offspring even if there is no biological connection. The provision has never been revised since the law took effect in 1898.

Under the proposed revisions, an exception will be made to allow a child born to a woman after she has remarried to be presumed to have been fathered by her current husband.

The Justice Ministry will start work to revise the Civil Law based on the final version of the draft proposals, which is expected to be made by the end of March 2022.

The ministry plans to solicit public opinions to the interim draft proposals over the roughly two-month period until April.

About 3,400 people have been confirmed to be unregistered in Japan over the past six years or so, according to the ministry. Some 900 of these still remain unregistered, and more than 70 percent, or 660, of the cases are believed to be attributed to the rules concerning legal fatherhood.

The Legislative Council began discussing revisions to the legal provisions in July 2019 amid a series of lawsuits over the matter. In one such case, a woman had a child with a man while living apart from her physically abusive husband. The child was left unregistered to avoid being recognized as the legitimate offspring of the husband.

In the interim draft proposals, the task force also recommends that the ministry consider granting an underage child the legal right to deny paternity and establishing a system where the mother can execute the right on behalf of the child.

The current Civil Law allows only the husband to have the right to take legal action to deny paternity of a child born to his wife.

The proposed revisions enable the mother to deny her former husband’s paternity of her child and make it easier for her to submit a notification of the birth even if the child was born before her remarriage or the former husband does not take steps to deny paternity of the child.

Currently, the father can execute the legal right to deny paternity within a year after learning of the child’s birth. Under the draft proposals, the period will be extended to three or five years and the child will also become able to execute the right for the same period that starts from the birth.

Another proposed legal revision allows a child born after marriage but conceived before that time to be recognized as the legitimate offspring of the husband amid a growing number of couples getting married after learning of the pregnancies in recent years.

The current Civil Law stipulates that a child born on the 200th day of marriage or thereafter is presumed to be the current husband’s offspring.

Children born within the 200th day of marriage are currently registered under the names of their parents based on submitted notifications of the births. The proposed revision will recognize their parentship in the family register system to respond to concerns that such children could not be legally deemed the offspring of their parents.

When a woman remarries soon after divorce and gives birth to a child 201 to 300 days later, both her former and current husbands can be presumed to be the father of the child under the current Civil Law.

To prevent overlapping paternity, the law bans women from remarrying within 100 days of divorce. The draft proposals recommend abolishing the provision since the overlap will be resolved with the introduction of the other proposed revisions.