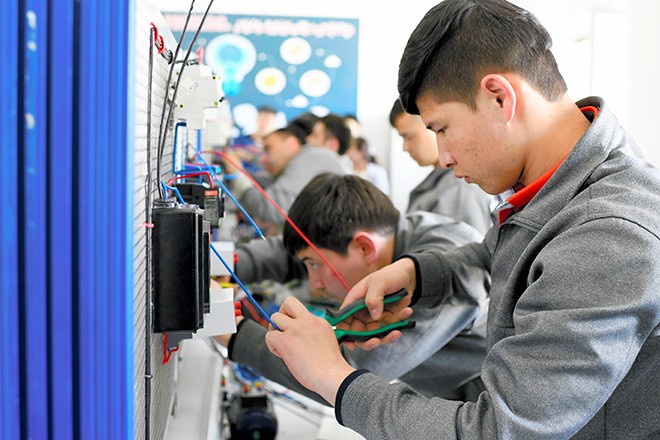 An effort across party lines is growing to ramp up pressure on the government to take a tougher stand against Beijing and its suppression of the Uighur ethnic minority in northwest China.

A group of ruling Liberal Democratic Party lawmakers concerned about issues related to the mostly Muslim Uighurs on Feb. 10 decided to expand the effort outside of party lines.

While government officials have expressed “grave concerns” about the human rights violations against the Uighurs, the lawmakers are asking that more specific measures be taken to demonstrate Japan's seriousness about the issue.

After the meeting, Keiji Furuya, the group leader, met with reporters and said, “Nations that hold common views on values must cooperate in order to take serious action.”

One of the first steps the group is considering is submitting a Diet resolution encouraging the government to take action against human rights violations abroad.

During a Feb. 9 meeting of the multipartisan Japan Parliamentary Alliance of China (JPAC), criticism was directed at Beijing over the Uighur issue. The group called on the government to make further efforts to unravel what is occurring in China.

Another group is expected to be formed soon to submit legislation for a Japanese version of the U.S. Magnitsky Act, which authorizes the U.S. government to impose entry bans and freeze assets of individuals and groups that are deemed as human rights offenders by U.S. authorities.

Foreign governments have come out strongly against Beijing.

When he was still U.S. Secretary of State, Mike Pompeo described what China was doing to the Uighur population as “genocide.”

The administration of U.S. President Joe Biden is also expected to take harsh measures against human rights violations. European nations have been critical of China’s human rights abuses as well.

But the government under Prime Minister Yoshihide Suga has tried not to worsen ties with Beijing, leading it to only call on China to take responsible action to deal with the issue.

Gen Nakatani, an LDP lawmaker who serves as joint head of JPAC, said, “The problem will not be solved by just pointing out concerns.”

He urged the government to certify the Chinese actions as genocide and to consider sanctions.

Other lawmakers have called on the government to accede to the Genocide Convention, which took effect in 1951.