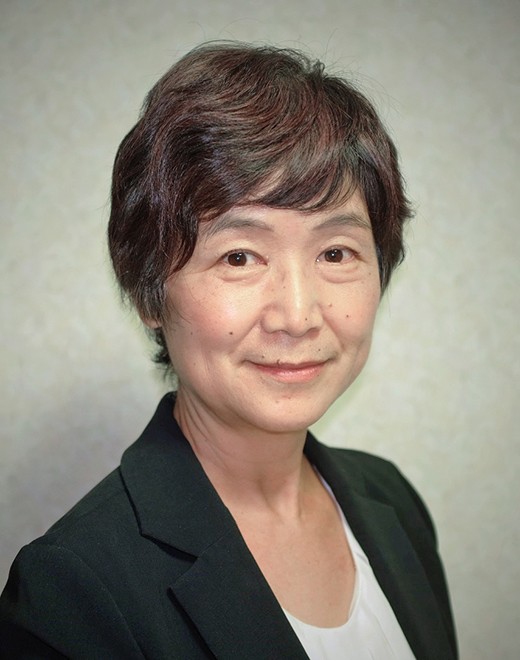 When she heard about the Tokyo Olympic organizing committee chief’s sexist comments blaming women for causing lengthy meetings, Yuko Inazawa thought he must be talking about her.

The recent scandal engulfing the sports world has sent Inazawa on a troubling trip down memory lane.

A former newspaper reporter, Inazawa became the first woman to sit on the board of the Japan Rugby Football Union (JRFU) in 2013.

Yoshiro Mori, a former prime minister and the president of the Tokyo Organizing Committee of the Olympic and Paralympic Games, headed the union at the time.

Inazawa was not just the sole female board member but also the first person to take the job as an outsider without much experience or knowledge in competitive sports.

“Many of my comments and questions during board meetings back then must have seemed out of the blue to Mori and other board members,” said Inazawa, now a professor of media theory at Showa Women’s University in Tokyo. “I am afraid that I certainly contributed to prolonging meetings.”

But she said she took on the role to raise questions and give opinions from a novice's perspective.

Inazawa said the JRFU’s move to offer her a position came at a difficult time for Japan’s sports world. The International Olympic Committee at the time was considering dropping wrestling, one of the events where Japanese athletes were strongly competitive, from the 2020 Tokyo Olympics.

On top of that, Japan’s judo scene was jolted by a scandal where more than a dozen female judoka on the national team accused their coaches of power harassment.

“Sports associations did some serious soul-searching and recognized that a key factor behind their problems was that few women were represented on their boards,” she said.

Inazawa said she was tapped to become a JRFU board member due to her long history of writing about women’s issues and editing a website for women at the Yomiuri Shimbun, Japan’s largest daily.

Still, she was unsure if she was the right person, given that she had little knowledge of the sport, so she questioned a senior director of the JRFU about the post.

“We need to turn people who have never watched rugby games into fans, as the sport’s popularity has been floundering,” he replied.

She said she believed that Mori, as president of the union, shared that view and she never suspected that he was annoyed by her behavior. His sexist comments came as a shock to her.

Mori, 83, made the gaffe at a Feb. 3 extraordinary meeting of the Japanese Olympic Committee Council. Concerning the committee’s policy to raise the number of female board members, he gave his “personal opinion” that women prolong meetings because they feel compelled to speak out if one of their female colleagues does so, and he cited the JRFU.

“It is only natural for women to give their opinions at meetings,” she said. “They speak out because of their needs, not due to rivalry.”

Moreover, they have a big role to play in those jobs.

She said seasoned athletes in competitive careers feel that they should not step out of line. They find it extremely difficult to speak up, even when they are at odds with some longstanding practices in the sports world.

“Bringing in more women and outside experts who previously had little to do with sports is meaningful in terms of stimulating discussions,” she said.

The media reported that board members laughed when Mori made the remark and none of them protested.

It was a bitter reminder of what she endured decades earlier, she said.

Inazawa, 62, entered the workforce before the Equal Employment Opportunity Law was enforced in 1986, landmark legislation that bans discrimination against women in the workplace.

In male-dominated Japanese business circles, she often found herself the only woman in the room. She admitted she joined men in laughing when someone made comments demeaning to women, feeling that she had no other choice but to laugh.

“I should have protested, but I did not,” she said. “That is why Japan is still placed nearly at the bottom of the Gender Gap ranking, at 121st. I regret my past behavior and feel sorry for my students at the university.”

“Japan should be transformed into a society where people speak out, regardless of their gender, when they find something disagreeable,” she said.

The number of women on the JRFU’s board increased to five in 2019.

“Each has her own opinion, and they don’t think the same way just because they are women,” she said. “They give their opinions based on their varied viewpoints.”

Diversity is an invaluable asset and, she said, it is a reason for Japan’s national rugby team’s success, with many players representing different countries.

Since the introduction of the Equal Employment Opportunity Law, Japan has added more laws aiming to achieve gender equality, such as a 2018 law that calls for political parties to field equal numbers of male and female candidates and a 2016 law that obliges businesses to draw up numerical targets to promote women into managerial positions.

Inazawa said these laws exemplify Japan’s endeavor toward advancing the status of women in society, no matter how belatedly.

Mori’s remarks led to an outpouring of grievances not just among women, but also among men.

“The controversy gave us an opportunity to ponder why we need to resolve the gender gap,” she said. “It may sound paradoxical, but I would like to thank Mori for giving us a chance to contemplate.”