Mori resigns as Olympic chief to prevent problems in preparations 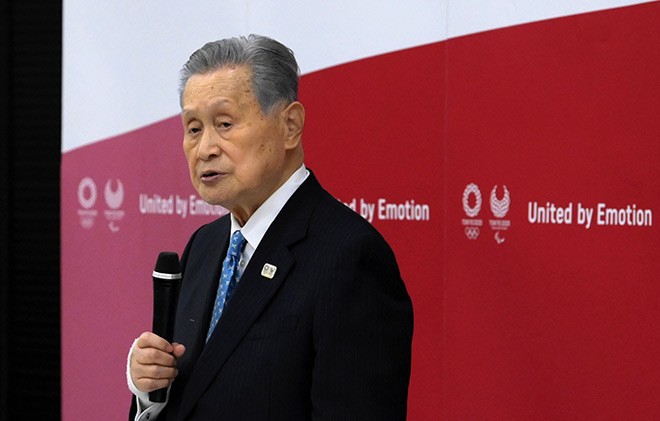 Yoshiro Mori announces his resignation as president of the Tokyo Olympic organizing committee at the start of a Feb. 12 meeting of committee executive board members and councilors. (Pool)

Yoshiro Mori, under heavy criticism for his sexist remarks, formally resigned as president of the Tokyo Olympic organizing committee on Feb. 12, saying his presence could hamper the holding of the event this summer.

Speaking at an informal gathering of councilors and executive board members of the organizing committee, Mori said: “I am resigning as president effective today. The most important thing is to hold the Tokyo Olympics in July. I cannot allow my presence to serve as interference to the various preparations.”

Mori caused an international uproar when he said at a Feb. 3 Japan Olympic Committee Council meeting that having more women on the boards of sporting organizations would lead to prolonged meetings because of their competitive need to be heard.

Saburo Kawabuchi, a councilor of the organizing committee, had been asked by Mori on the previous day to succeed him. However, Kawabuchi has now indicated that he would not accept the request.

Mori did not mention Kawabuchi in his opening remarks, saying, “I would like to hear your frank opinions and I hope this gathering becomes a meaningful one.”