360-DEGREE LIVES: Is it a flower? No, orchid mantis is a hunter that just looks like one 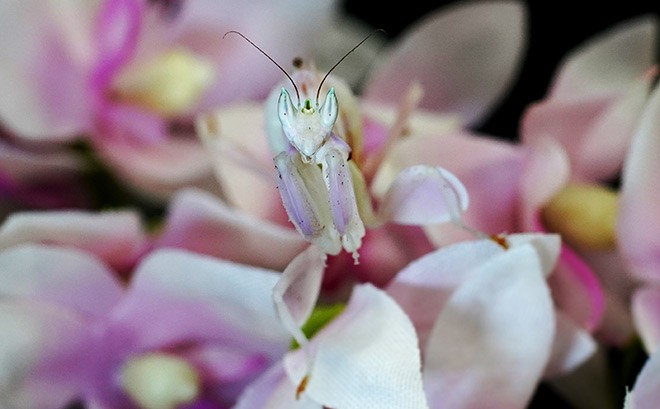 As its name suggests, the orchid mantis looks like a beautiful flower for its colors and shape.

But make no mistake about it, the insect characterized by its inverted triangle-shaped face and vertically long eyes is a fearsome hunter.

It hides from its predators, waits for its prey, which is attracted to flowers, and catches the victim with its sharp, sickle-like forearms.

According to Rikuto Imai, a commentator at the zoo, they are about 2 centimeters long.

When nymphs are hatched, they are about 0.6 cm long and look poisonous with their red and black colors. But they turn pale pink once they molt their exoskeleton.

In addition to looking like a flower, nymphs produce a substance that attracts honeybees to lure their favorite prey.

The female is about 6 cm long, but the male is only half the size.

The orchid mantis has a wide geographical distribution in Malaysia, Indonesia and other parts of tropical Asia.