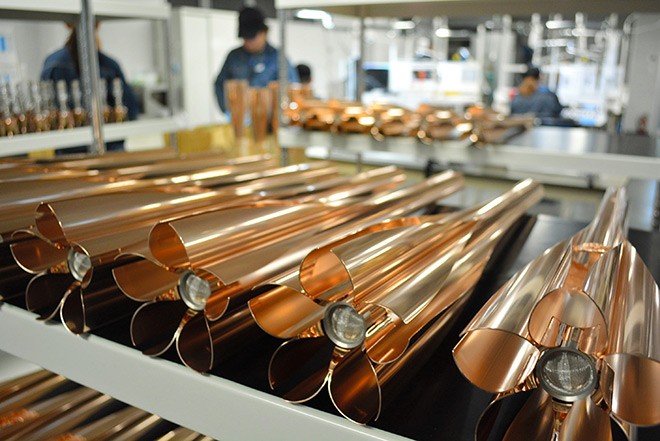 MATSUE--Shimane Governor Tatsuya Maruyama said he is considering canceling the Olympic torch relay in his prefecture, citing mistrust over how the novel coronavirus pandemic has been handled in Tokyo.

“As governor, I will think about aborting the Olympic torch relay unless the Tokyo metropolitan government and the central government change their response to the pandemic,” Maruyama told reporters before a meeting of the prefectural organizing committee of the relay on Feb. 17.

He later said that he will make an official decision after seeing what the COVID-19 situation is like a month from now.

The torch relay is scheduled to start on March 25 in Fukushima Prefecture and pass through all 47 of Japan’s prefectures. In the western Japan prefecture of Shimane, 170 runners are expected to carry the torch through 14 municipalities on May 15 and 16.

But Maruyama said the relay should not happen under the current circumstances.

The central and metropolitan governments “have not been able to contain the infection spread in the capital to the degree that there is no problem,” he said. “It is highly likely that (the Tokyo Games) will spark another infection spread. As things stand now, the Olympics should not be held. The torch relay is a pre-Olympic event, therefore, we cannot support it.”

The committee is expected to discuss Maruyama’s suggestion of canceling the relay in Shimane. The governor has already instructed related departments of the prefectural government to consider the matter, according to a prefectural official.

The prefectural government has secured a budget of about 90 million yen ($850,000) for security costs and other expenses for the relay portion in Shimane Prefecture.

The prefectural official said that scrapping that budget would essentially cancel the relay in the prefecture.

Maruyama has been a vocal critic of the central and metropolitan governments’ response to the pandemic.

At a news conference on Feb. 10, Maruyama said public health centers in Tokyo have limited their main targets in contact tracing to health care organizations and elderly care facilities, and multiple people died while waiting for treatment.

“I don’t want the Olympics to be held in Tokyo. Tokyo is unfit to do so,” he said. “Athletes and related officials will gather from all over the world for the Olympics. Is the place with the lowest capacity to deal with (the pandemic) competent to host such a high-risk event?”

He warned of a repeat of the infection surge that occurred during the year-end and New Year holidays, which, he said, negatively affected the local hospitality and restaurant industries.

“What if they have the Olympics and the same thing happens?” he said. “I cannot stand it.”

(This article was written by Arata Namima and Masashi Shimizu.)