EDITORIAL: Government is being reckless in extending lives of aging reactors 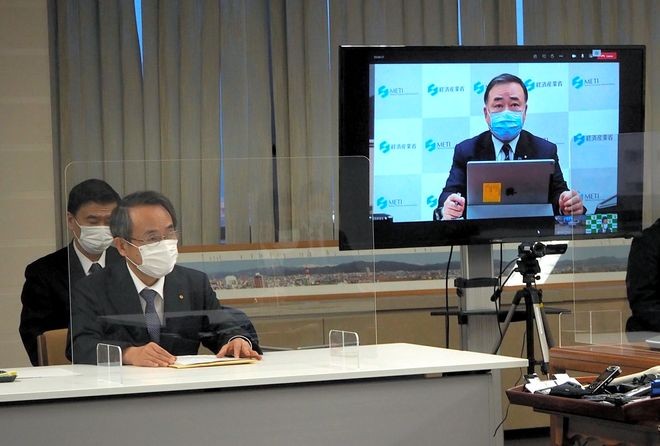 The government is pushing to strip the teeth from a nuclear safety rule that imposes a 40-year limit on the operational lifespan of reactors in Japan.

By doing so, it is ignoring the grim reality that its program to establish a nuclear fuel recycling system is bankrupt.

The government is pursuing an extremely irresponsible policy of extending the lives of many aging reactors.

The process is moving forward to win the consent of local governments needed to restart three currently offline reactors in Fukui Prefecture operated by Kansai Electric Power Co. (KEPCO), which have been in service for more than four decades.

They are the No. 1 and No. 2 reactors at the Takahama nuclear power plant and the No. 3 reactor at the Mihama nuclear plant, operated by the Osaka-based electric utility.

After these reactors cleared the regulatory inspection by the Nuclear Regulation Authority (NRA), the mayors of Takahama and Mihama, the towns in the prefecture where the plants are located, and the town assemblies, respectively, agreed to KEPCO’s plans to bring the reactors back on stream.

All that remains is to obtain approval from Fukui Governor Tatsuji Sugimoto and the prefectural assembly.

In the late 1990s, the utility promised the Fukui Prefecture governor at the time to build an interim storage facility for spent nuclear fuel stored at the plants outside the prefecture.

But the company has yet to deliver on the promise even though it set a deadline of 2018 and then pushed it back to 2020. The Fukui prefectural government refused to start talks with KEPCO over the utility’s plans to restart the reactors, citing the company’s failure to keep the promise.

But KEPCO recently made a move to break the impasse.

Takashi Morimoto, president of KEPCO, visited the Fukui governor on Feb. 12 and cited an interim storage facility for spent nuclear fuel under construction in Mutsu, Aomori Prefecture, as a possible “option,” adding that the decision will be made by 2023.

Morimoto said KEPCO is considering participating in the joint use of the interim storage facility, jointly being built by Tokyo Electric Power Co. and Japan Atomic Power Co. The plan to allow all utilities that operate nuclear plants to use the facility was proposed at the end of last year by the Federation of Electric Power Companies of Japan, an industry group made up of 10 major power companies.

Even though the Mutsu municipal government has rejected KEPCO’s plan as “totally unacceptable,” Governor Sugimoto praised the utility’s proposal, saying it “demonstrates (the company’s) commitment (to its promise),” and urged the prefectural assembly to consider the proposal.

The series of actions taken by the utility and the governor are clearly designed to effectively shelve or obscure their policies concerning related issues that have been presented to people in the prefecture.

The meeting between Morimoto and Sugimoto was also attended by Shin Hosaka, commissioner of the Agency for Natural Resources and Energy, an agency under the Ministry of Economy, Trade and Industry, which regulates the power industry. Hosaka pledged to provide support for the plan to bring the reactors back online.

Economy, Trade and Industry Minister Hiroshi Kajiyama also participated in the meeting online and asked the governor to cooperate with the plan.

These facts underscore how nuclear power generation has been promoted by electric utilities in line with the national policy.

The government’s program to establish a system for recovering plutonium from spent nuclear fuel for recycling back into new fuel has clearly reached a dead end.

Unless a radical policy change is made, spent nuclear fuel could end up piling up without any workable plan for safe storage and disposal.

Concerns about this situation are apparently behind the stances of the city of Mutsu and Fukui Prefecture toward this matter.

The government is acting in an egregiously irresponsible manner.

The rule to limit the lives of nuclear reactors to 40 years was introduced after the 2011 catastrophic accident at the Fukushima No. 1 nuclear power plant.

But a provision that allows one extension of the legal lifespan by up to 20 years in exceptional cases, introduced in response to concerns about a power shortage, has been widely exploited to keep aging reactors operating years or even decades beyond the 40-year cap.

The national and local governments as well as the operators of aging reactors should now make and carry out the decision to discard the hopeless nuclear power policy and start seeking a realistic solution.