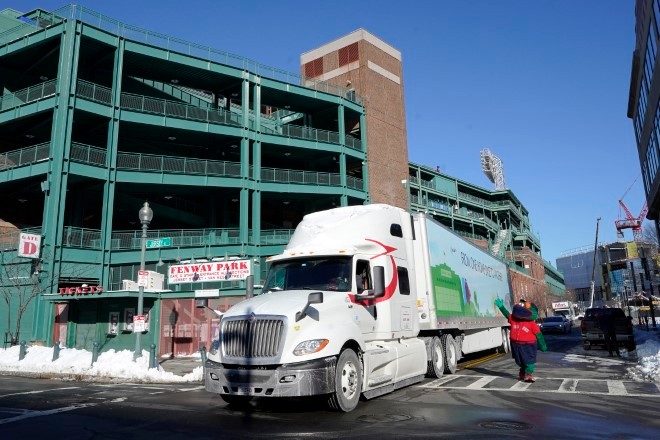 The Japanese right-hander signed a two-year contract with the Red Sox this week, joining the franchise that won the 2007 World Series championship with Daisuke Matsuzaka and another in 2013 with Uehara.

“He told me a lot of good stuff about the Red Sox. He shared with me a lot of his experiences,” Sawamura said in a Zoom call from Tokyo on Wednesday night. “I think that Koji Uehara had a lot of influence and he helped me get to where I am today.”

Sawamura has spent the last 10 years pitching in Japan’s top league, going 48-52 with 75 saves, four shutouts, a 2.77 ERA and 790 strikeouts in 352 appearances (88 starts). He said he hasn’t talked to manager Alex Cora about whether he will start or come out of the bullpen.

Sawamura would become the ninth player born in Japan to play for Boston. His signing didn’t have the excitement of the Red Sox pursuit of Matsuzaka before the 2007 season, when the team bid more than $51 million for the exclusive right to negotiate with him and fans tracked his journey on team owner John Henry’s private jet.

Matsuzaka was 33-15 in his first two seasons in the major leagues before injuries limited his availability and effectiveness.

Uehara, who used the entrance music “Sandstorm,” by Darude, saved 72 games for Boston from 2013-15. He finished the last five games of the ‘13 World Series, striking out Matt Carpenter for the final out in Game 6 to clinch the title.

Sawamura visited Boston this month and posted a picture on Instagram of himself standing on the snow-covered field at Fenway Park, which was then being used as a COVID-19 vaccination site.

“When I visited the Fenway Park for the first time, it was so much different than what I see in Japan,” he said through an interpreter. “I just imagined myself standing on the hill, and dominating the batters.”

Sawamura said the team gave him permission to continue working out in Japan while visa and other issues are sorted out.

“There is a lot of uncertainty, with COVID and all. Once the visa gets approved, I am ready to come over,” he said. “I’m excited about joining the Red Sox as soon as I can.”