With Trump out, Japan avoids hike in costs to host U.S. forces 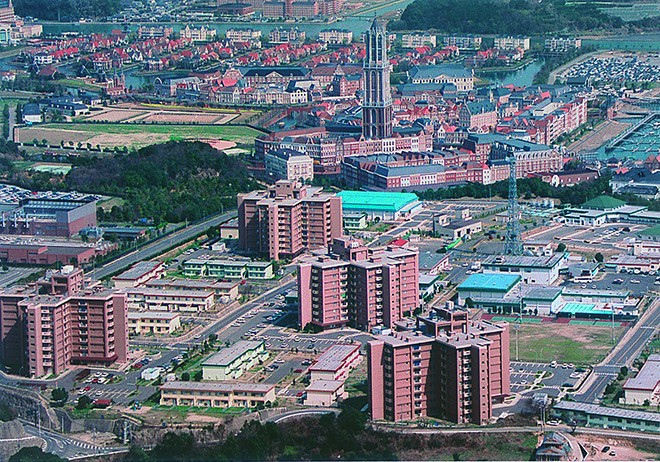 Japan has temporarily landed a cheaper deal to host U.S. forces with U.S. President Joe Biden's new administration after sweating out years of Donald Trump's demands that it pay more to do so.

The central government announced on Feb. 17 that Japan and the United States have agreed to an unusual 1-year extension of host nation support (HNS) for U.S. military personnel based here.

The announcement followed Washington's acceptance of the proposal the same day.

HNS agreements normally cover five-year periods. But Japan asked Biden administration officials for a one-year extension during negotiations this month, with the end of the current period approaching in March.

Japan’s burden for the next fiscal year for hosting will be 201.7 billion yen ($1.9 billion). The two governments are expected to sign a new protocol to revise the current agreement, and the government will seek Diet approval by the end of March.

Japan previously paid about $2.5 billion (270 billion yen) a year for hosting, according to a memoir by John Bolton, one of several national security advisers who served under Trump.

Bolton, in his book, said he explained to Japanese officials the reasons why the Trump administration wanted Japan to increase the amount to $8 billion.

While the figure Bolton floated was not on the table when negotiations on the agreement began in November, what Washington initially proposed was still more than double what Japan paid in the past, Japanese sources said.

At the Feb. 17 news conference announcing the extension, Foreign Minister Toshimitsu Motegi said, “We were able to reach an agreement in the early stages of the new Biden administration. That illustrates a strong commitment to the solidarity of the Japan-U.S. alliance and is a clear message to the international community about the reliability of that alliance.”

Regarding future negotiations for a new five-year agreement, Defense Minister Nobuo Kishi said it would depend on the national security strategy and overall Asian policy of the United States.

Working-level negotiations on a new HNS agreement began last November, but Japanese officials could not go along with the huge increases that the previous Trump administration was demanding.

But while the Biden administration may not be as strident about having allies shoulder a greater share of the military burden, government officials still expect difficult future negotiations.

For one thing, HNS figures increased during the administration of U.S. President Barack Obama when Biden was vice president.

Motegi echoed the government line that Tokyo was already bearing a fair share of the burden for HNS.

“As the national security environment becomes increasingly difficult, the Japan-U.S. alliance is a necessary presence for the peace and stability of the Indo-Pacific region," he told reporters. "HNS plays an important role in allowing the U.S. military to maintain a forward presence.”

One high-ranking Foreign Ministry official said the ministry has "had doubts about the U.S. position of only insisting that the amount be increased.”

But other top Japanese government officials said that though Biden was quick to indicate he would place more importance on maintaining close ties with U.S. allies, his administration has already made its desire to have Japan shell out more for HNS known informally.

(This article was written by Daizo Teramoto and Hideki Kitami.)