LDP bigwig: Hashimoto likes to hug because of male personality 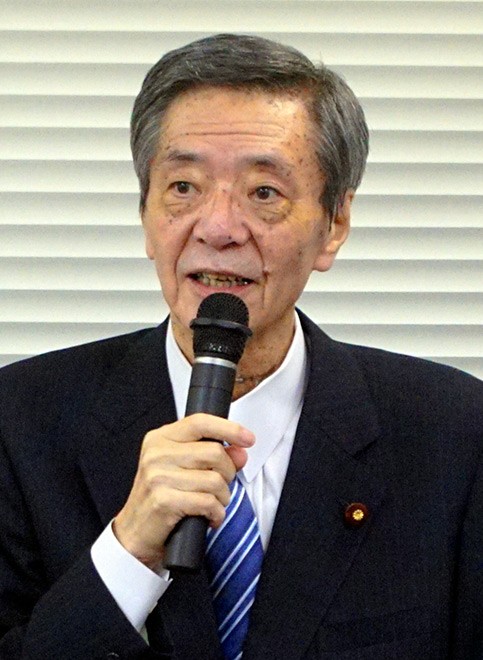 On a day when Olympic organizing committee members hoped to close the door on a sexism scandal, an elderly lawmaker of the ruling party decided to give his thoughts on “manly” women.

Wataru Takeshita, 76, a Lower House member who heads his own faction in the Liberal Democratic Party, was apparently trying to defend Seiko Hashimoto, the choice for new Tokyo Olympic organizing committee chief, but he ended up uttering statements that were quickly retracted by his aides.

Speaking to reporters on Feb. 18, he described Hashimoto as “having a personality of a man in the skating world because she thinks nothing about hugging (everyone she meets).”

Reports surfaced in 2014 that Hashimoto forced kisses on a male figure skater after the end of the Sochi Winter Olympics. While no disciplinary action was taken against Hashimoto at that time, those stories resurfaced recently when she was considered the leading candidate to succeed Yoshiro Mori, who was forced to resign as Tokyo Olympic organizing committee head because of his sexist remarks.

Referring to that 2014 incident, Takeshita, the younger brother of the late former Prime Minister Noboru Takeshita, said: “I feel sorry for her if that is called sexual harassment. She was only doing what came naturally to her and did not do so because she felt it would constitute sexual harassment.”

He added that Hashimoto did not hesitate to hug even old geezers like him.

“We normally do not go around hugging people,” Takeshita said. “But she makes it look easy.”

Soon after Takeshita made those comments, aides in his office phoned various media representatives to retract the statement, adding that what he was trying to say was that Hashimoto was “masculine for a woman.”