Delays in jabs for senior citizens, others now look inevitable 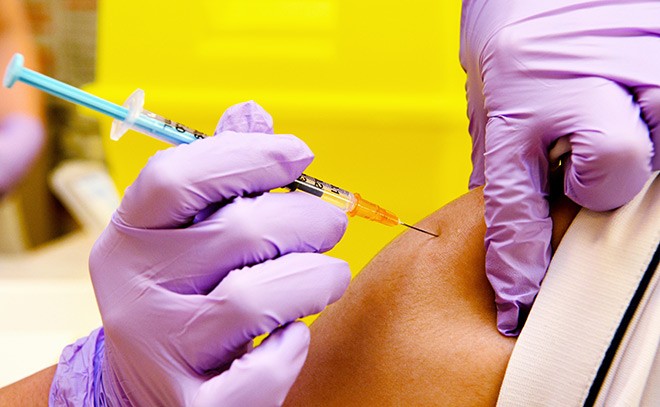 Japan's planned COVID-19 vaccination program is now beset by all sorts of problems that likely will lead to delays in eligible individuals getting inoculated.

The two major speed bumps to emerge are a global shortage in the vaccine and a larger than expected number of employees at medical institutions who might have to be inoculated in the first stage of priority vaccinations.

Taro Kono, the state minister in charge of administrative reform who is also coordinating the vaccination program, told reporters Feb. 19 that a “trial period” would be implemented regarding the vaccination of those aged 65 and older.

Initially, Kono had wanted to begin vaccinations of those senior citizens from April 1. However, he has had to backtrack on that schedule due to uncertainties about when vaccines will arrive from Europe.

The trial period will be used to finetune various aspects of the vaccination program, including how to deliver the vaccines to the prefectures.

Kono also announced plans for distributing vaccines to be used on health care professionals. “If the vaccines arrive in Japan as scheduled,” he said there will be sufficient doses for about 1.17 million people with four separate delivery dates in March.

Kono also said the second delivery from Europe would arrive on Feb. 21 with enough vaccine for about 226,000 people. That vaccine was developed by U.S. pharmaceutical company Pfizer Inc. and BioNTech, a German biocommerce company.

The first two shipments would be sufficient to inoculate about 420,000 health care professionals, a fraction of the 5 million or so people who work at the medical institutions and have priority status for advanced vaccinations.

Kono also said he had no idea when the third shipment would arrive. The European Union implemented stricter control from late January over the export of COVID-19 vaccines after some member nations complained they were not getting their share.

As a result, prefectural authorities will have to revise their plans about when their senior citizens will get their jabs.

Kono said any extra vaccines not used by health care professionals would be used for the trial period covering senior citizens. But he did not say when that trial period would begin or how long it would last. He explained that such matters would depend on the arrival of vaccines from overseas.

He added that discussions would be held with prefectural governments before deciding which regions would first receive the vaccines for senior citizens and the amount to be distributed.

Municipal governments, meantime, are moving ahead with plans to vaccinate not only senior citizens, but all residents. Those plans are still far from certain due to concerns about securing an adequate number of vaccination centers, doctors and nurses to implement the program. Any delay in the delivery of the vaccines would exacerbate those problems.

Within the prime minister’s office, calls are already being raised about limiting the first vaccinations of the general population to those areas that have had high numbers of COVID-19 cases if a sufficient volume of vaccine cannot be acquired.

(This article was written by Junya Sakamoto, Keishi Nishimura and Kohei Tomida.)