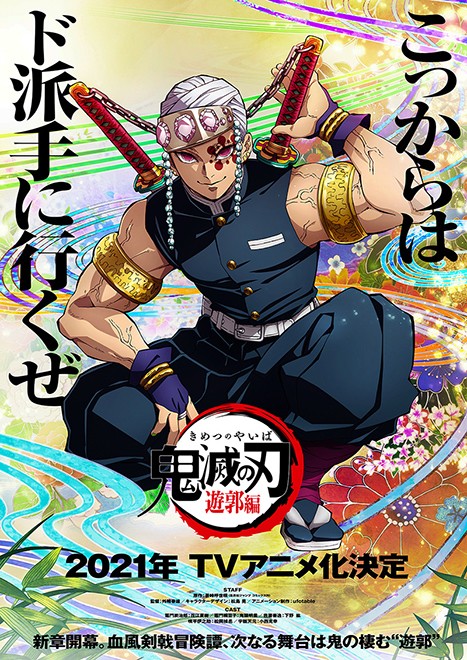 Fans of the wildly popular manga “Demon Slayer: Kimetsu no Yaiba” have a treat in store with a second season of its animated TV series scheduled to air later this year, production company Aniplex Inc. announced.

The anime is based on a manga of the same name by Koyoharu Gotoge. The comic’s serial run in the Weekly Shonen Jump manga anthology ended in May.

The story centers around a boy named Tanjiro Kamado, whose family is slain by an “oni” demon.

The second season, subtitled “Entertainment District Arc,” is set in a red-light district where a demon lives.

It is a follow-up to the first season of the TV show that aired in 2019 and an animated feature film adaptation released last fall that became Japan's highest-grossing film of all time.

An illustration of Tengen Uzui, a senior swordsman who fights alongside Tanjiro and other warriors, was also unveiled.

Other details, such as the broadcaster and airtime, will be announced later.