Woman opts out of Olympic torch relay, asked not to mention ‘Mori’ 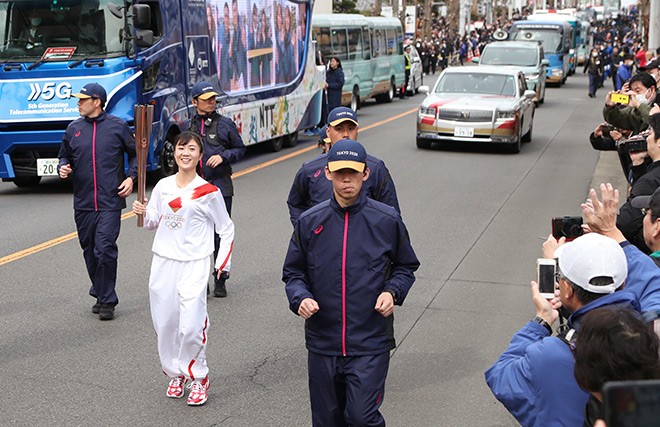 NAGASAKI—A woman who withdrew from the Olympic torch relay over Yoshiro Mori’s sexist remarks said officials tried to change her reason to something that omitted the name of the former Tokyo Olympics chief.

Maya Morokuni, a 26-year-old graduate student in Sasebo in Nagasaki Prefecture, sent an email to prefectural officials in charge of the relay on Feb. 24, telling them that she no longer wanted to be a torchbearer.

“Mr. Mori made misogynistic remarks, and I don’t think changing the head of the committee will solve the problem,” she wrote.

On Feb. 26, shortly before the prefectural government released the list of torchbearers to the public, Morokuni received a reply from the officials. They said they planned to list the reason for her decision as “dissatisfaction with the committee.”

Eight minutes later, she received another email from them, proposing “various reasons” for why she bowed out of the relay.

In the end, the prefectural government’s website said Morokuni withdrew from the relay because of Mori’s comments.

“I felt that they wanted to eliminate the word ‘Mori,’” Morokuni said.

A prefectural official in charge of sports promotion told The Asahi Shimbun that the proposed changes were made because officials were “worried about the effect of the announcement on her.”

Morokuni, who studies gender equality at the graduate school, said she felt that the officials wanted her “to read the situation by proposing the different language.”

Mori, a former prime minister who still wields significant influence, resigned as president of the Tokyo Olympic organizing committee on Feb. 12 after coming under international criticism for saying that women prolong meetings because they are competitive and talk too much.