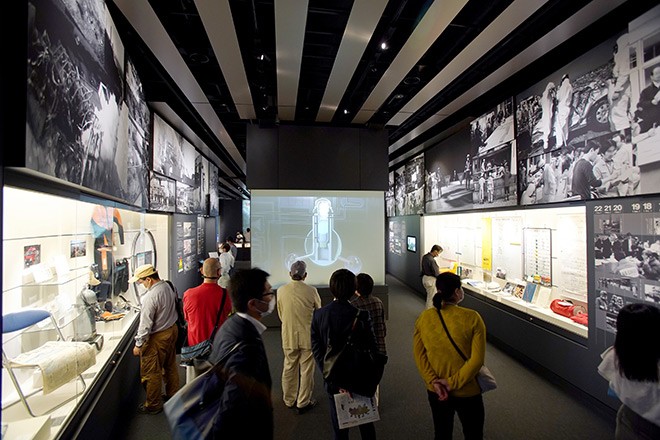 FUKUSHIMA--The museum dedicated to the powerful earthquake, tsunami and nuclear disaster of 2011 that wreaked havoc on the Tohoku region is adding exhibits to balance out its portrayal of the calamity.

The Fukushima prefectural government made the announcement on March 2, in the lead-up to the 10th anniversary on March 11.

Some 30 items will be added in succession, from March 3 until the end of this month. The additions come in response to growing calls for more balanced, fuller descriptions of the disaster and its aftermath at the Great East Japan Earthquake and Nuclear Disaster Memorial Museum.

The museum opened on Sept. 20 in the town of Futaba, which co-hosts the embattled Fukushima No. 1 nuclear power plant with neighboring Okuma.

Among the new exhibits are explanations of the central government’s failure to use the System for Prediction of Environmental Emergency Dose Information, designed to predict the spread of radiation so it can safely guide the evacuation of residents from the area after a nuclear accident.

The museum will cover the deaths of about 50 patients from Futaba Hospital in Okuma, which were deaths associated with the evacuation, and address people displaced due to the disaster. It will also exhibit shoes and other objects left behind at schools, when children and teachers scrambled to flee during the chaos.

The museum was intended to allow visitors to grasp what occurred after the quake, tsunami and the nuclear disaster and to pass down lessons learned.

But some visitors had criticized that controversial subjects were not sufficiently covered compared with how the museum addressed the plight of evacuees during the prolonged evacuation and rebuilding efforts.

Those topics include Tokyo Electric Power Co.'s lack of preparedness to safeguard the nuclear plant from gigantic tsunami, along with misguided faith placed in the country’s ability to operate nuclear facilities.

About 34,000 people had visited the museum by the end of January.