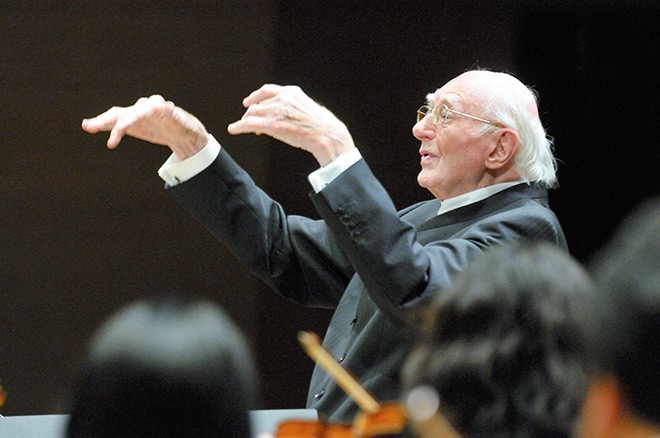 Helmut Winschermann, the world-renowned German conductor and oboe player, has died. He was 100.

He was found dead on March 4 at his home in Bonn by a family member.

Throughout his long career, Winschermann conducted and was involved in many outstanding performances of Baroque classical music, including works by Bach.

Born in Mulheim an der Ruhr, Germany, in 1920, Winschermann played the oboe with the Royal Concertgebouw Orchestra. In 1960, he established the instrumental ensemble Deutsche Bachsolisten. He developed the group into one of the world’s top authorities on Bach pieces while serving as artistic director.

Winschermann also conducted orchestras around the world and mentored many famed oboeists, including Fumiaki Miyamoto from Japan.