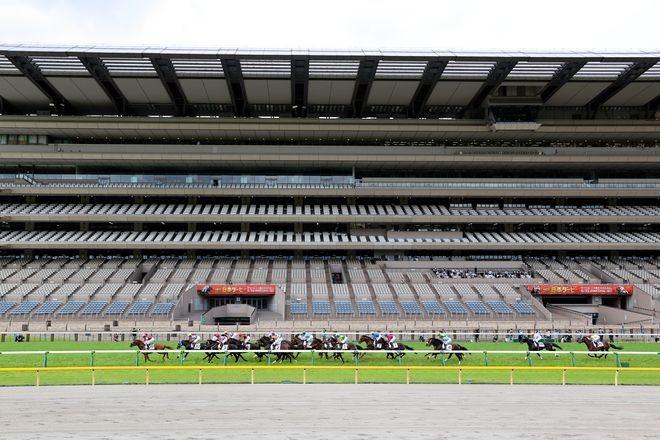 The world of horse racing is fighting to restore its reputation after more than 160 racehorse trainers, jockeys and others pocketed 190 million yen ($1,758,000) in relief assistance from the government by falsely claiming the COVID-19 pandemic had impacted their economic livelihoods.

“This should never have happened,” said Masayuki Goto, president of the Tokyo-based Japan Racing Association, in a statement. “We sincerely apologize to our customers and the public as this incident has undermined trust in the association.”

The government’s relief assistance program is targeted at businesses whose revenues have fallen significantly due to the coronavirus pandemic, but that was not the case with the JRA.

The JRA said that 165 of its members were paid a total of 189,839,222 yen in government relief after claiming financial hardship on grounds that rewards to them based on their horses' performance were dropped due to the pandemic.

In actual fact, the JRA was able to hold all its scheduled races last year and raked in 2.9 trillion yen in ticket sales, an increase of 103.5 percent from the year before.

Of the 165, only one recipient, who is taking leave from the association due to illness, was found to have qualified for government assistance. All of the others have either returned the money or are in the process of returning it, according to the JRA.

The JRA informed organizations that represent its trainers and jockeys last October that they should not apply for the government’s relief package because the pandemic’s impact on prize money in JRA races was “extremely limited.”

The JRA surveyed all 2,748 members with regard to the government program from Feb. 18 to March 4, obliging them to respond.

Those who replied they received a payout were interviewed individually by the JRA to ascertain details on their circumstances. It then compiled a report on its findings.

Nineteen trainers, 13 jockeys and 112 assistants were among the 165 JRA members who said they received government assistance.

An Osaka-based tax accountant corporation that is represented by a race horse owner was involved in producing application documents by 104 members, according to the JRA.

The firm charged the applicants a 7-10 percent fee for processing their applications.

The corporation denied any wrongdoing.

“We are not involved in the fraudulent receipt of government money nor coaching anyone to do anything inappropriate,” it said.

In a document sent to media organizations in February, the firm said consultants on administrative procedures helped customers produce the appropriate application papers on request.

The JRA will conduct further inquiries and consider disciplinary action.

The JRA reported the matter to the Ministry of Agriculture, Forestry and Fisheries, which has the oversight over the horse racing industry, on March 5.

“We will instruct the JRA to recover public trust in the industry,” a ministry official said.