Government to ditch events where only men are speakers 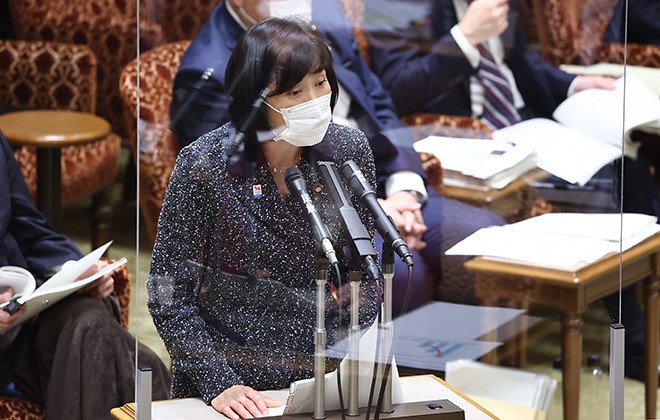 Government agencies will no longer host or support events lacking women as presenters or speakers, according to Tamayo Marukawa, the minister in charge of women’s empowerment and gender equality.

Although the numbers of men and women presenting or speaking at events do not necessarily have to be the same, she asked each minister to ensure there is no gender bias toward selecting participants.

“Events without any women are out of the question,” an official of the Cabinet Office said.

Marukawa revealed her policy on March 9 at a meeting to promote woman’s empowerment and gender equality, held at the prime minister’s office. Each administrative body is being notified of the change.

“In Japan, the philosophy of gender equality, which is a conventional norm among the international community, is not shared by everyone,” she said at a news conference after the meeting. “We are still in the middle of the journey.”

At the meeting, Prime Minister Yoshihide Suga said a specific policy goal for gender equality should be decided on by June this year, so that the government can address it by fiscal 2022.

At a Cabinet meeting in December, the government approved the new five-year basic plan for gender equality, starting from the next fiscal year.

Suga also directed administrative bodies to request that their government-affiliated agencies and groups ensure that more women are employed or appointed to higher positions.