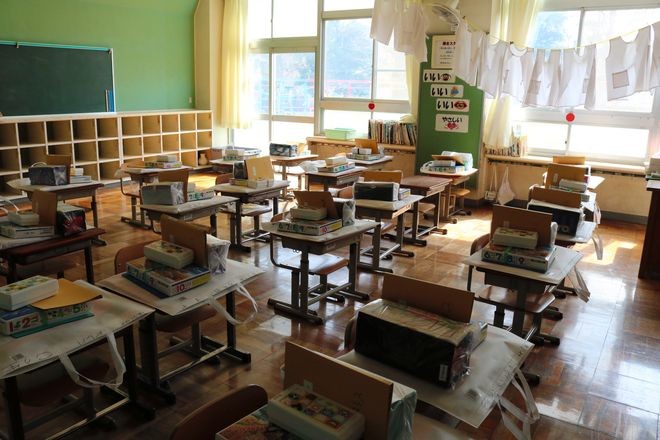 There is no end in sight to schoolchildren being sexually abused by their teachers.

A total of 121 teachers at public elementary, junior and senior high schools were dismissed for disciplinary purposes in fiscal 2019.

Taking advantage of one's status to molest a minor is an unconscionable act that can leave deep emotional or even physical scars in the victim.

Child molesters are generally considered to be high-risk repeat offenders. Every effort must be made to work out a system to ensure that such individuals will never be allowed to teach school again.

Nobody would object to ridding schools of sexual predators. But how? That's where the matter gets tricky.

It is possible to search the names and other personal information of former schoolteachers who were dismissed and had their teacher certifications revoked. Last month, the education ministry extended the search period from five years to as long as 40.

This enables school operators and local boards of education to go back 40 years to check the records of previously dismissed teachers seeking employment after reacquiring their credentials.

And starting next month, the database will also spell out the reasons for dismissal, such as "molesting a child at the school where the individual worked."

We can fully appreciate the intent of these measures. However, what worries us is that even though these are powerful measures that effectively block offenders from ever teaching school again, they can be reviewed only by the education ministry's internal decision-making process.

Initially, the ministry considered revising the nation's teacher certification laws to simply deny the reissuance of teaching credentials to all teachers who were terminated for molesting their pupils.

But the ministry was forced to abandon this plan because it was in conflict with the Japanese penal code's provision to the effect that "after 10 years of serving a sentence, the sentence itself ceases to exist."

The extension of the search period is the ministry's measure of last resort. But depending on how it is applied, even this can hinder a former offender's social rehabilitation. As such, the ministry should explore a better alternative while using this measure for the time being.

The ruling Liberal Democratic Party and its junior coalition partner, Komeito, have started discussing the introduction of a new law. Taking Britain as a model, where individuals seeking jobs involving children are required to submit official certification of not having a criminal record, the LDP and Komeito are considering establishing a similar system.

This is a cue for the entire society to deepen public discussion.

It is also important that school operators stay on top of the issue by "educating" their teachers and creating an unwelcome environment for child molesters.

One way would be to ensure that each child has at least two teachers to interact with at any time. But if a one-on-one interaction is unavoidable, it must take place in a location within sight of other teachers.

Another way may be to ban social media exchanges of a personal nature between teachers and students, and have them communicate with messages on their shared school email platform.

And to nip any problem in the bud, sending questionnaires regularly to teachers as well as pupils should prove effective. Also desirable is an early introduction of an educational program that will enable children to protect themselves from sexual abuse and bullying.

But the most important thing is that when a pupil plucks up the courage to report being abused, the case must be probed thoroughly, and the child be given every possible support and care.

Any half-baked investigation, or show of reluctance to pursue the case, will only leave the victim scarred for a long time, if not permanently.