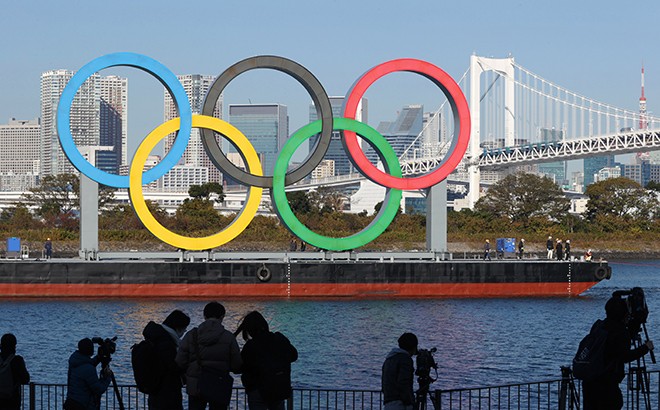 Spectators from abroad will not be allowed into Japan to attend any of the events for the Tokyo Summer Olympics, but the door may be open for guests of corporate sponsors, several sources said.

Officials with the central and Tokyo metropolitan governments as well as the Tokyo Olympic organizing committee have reached the consensus that the novel coronavirus pandemic will make it difficult to allow in foreign visitors for the event scheduled to open in July, the sources in the committee said.

Government officials are still considering the possibility of meeting a request from the International Olympic Committee to allow in foreign visitors invited to the Tokyo Games by corporate sponsors of the sporting event.

A formal decision on barring entry to foreign fans for the Olympics is expected before the start of the Olympic torch relay on March 25, following further discussions among the central and Tokyo metropolitan government, the organizing committee as well as the IOC and the International Paralympic Committee.

According to the sources, about 1 million tickets have been set aside for those living abroad.
The administration of Prime Minister Yoshihide Suga had sought to use the Tokyo Olympics as a catalyst for a rebound in foreign tourist numbers, which have plummeted since the pandemic started last year.

However, the decision on barring entry to spectators was made because Japan is currently closed to all foreign tourists, the sources said. In addition, domestic public concerns are rising about variant strains of the novel coronavirus spreading in Japan.

But government officials have continued consulting with the IOC about the number of guests of corporate sponsors who might be interested in attending the events.