VOX POPULI: TEPCO’s failures disqualify it from being entrusted with nuke plants 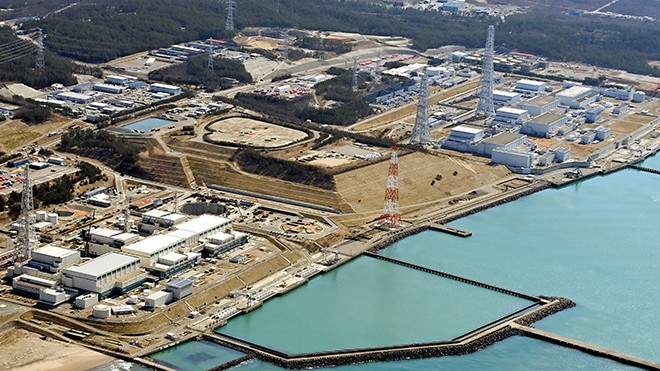 God is in the details. Merchandise celebrating nuclear power was once sold at the Fukushima No. 1 nuclear power plant after it was stricken by the Great East Japan Earthquake and tsunami in 2011, something that we should never overlook.

In 2018, Tokyo Electric Power Co., the plant's operator, started selling plastic file folders printed with images of the interior of the plant at a convenience store on its premises.

The folders were meant as a souvenir for visitors on inspection tours and workers involved in decommissioning the crippled reactors.

Indeed, how could the company responsible for the nuclear disaster ever think it proper to use images of the plant in question for its commemorative merchandise?

I felt grave doubts about TEPCO’s corporate culture again when I saw a story tucked away in a corner of the city news section of The Asahi Shimbun’s March 11 morning edition.

According to a report compiled by TEPCO, security guards felt suspicious but did not stop the employee, and one of the reasons given was, unbelievably, that “the corporate culture rendered it difficult to enforce strict security procedures.”

Operators are required to be prepared even for a terrorist attack on nuclear plants from the sky. At Kashiwazaki-Kariwa, however, security was surprisingly lax at its nerve center.

TEPCO is calling for restarts of Kashiwazaki-Kariwa reactors. But is the utility qualified at all to engage in nuclear power generation?

Ten years after the Fukushima catastrophe, the situation remains dismal.

In his verse and prose, poet Jotaro Wakamatsu of Minami-Soma, Fukushima Prefecture, now uses the prefix “kaku” (atomic), instead of “genshiryoku” (nuclear power), for such phrases as power generation to ensure that nuclear power is understood to be as ominous as atomic bombs.

I understand this is Wakamatsu’s way of posing the question: “Are human beings ever capable of properly handling this technology?”

The work of decommissioning reactors at the Fukushima plant continues to face delays, and I feel a sense of futility when I hear it will be completed in 30 to 40 years.

It depresses me to hear, for example, that radioactive waste requires 100,000 years of isolation.

The question is not how to continue nuclear power generation, but how to end it.