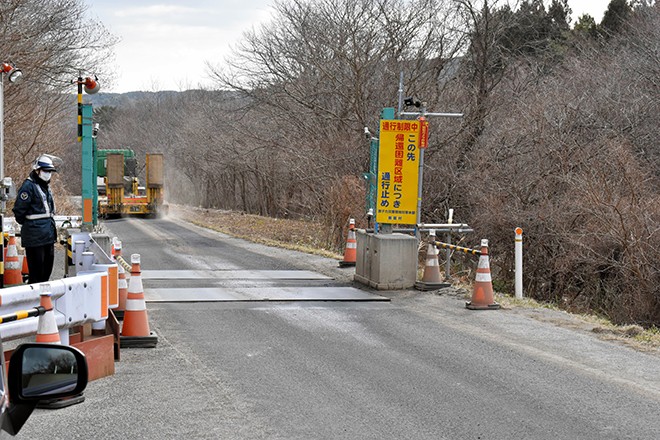 Although Iitate is located about 30 kilometers from the Fukushima No. 1 nuclear power plant, some parts of the village are still designated as a "difficult-to-return" zone. (Shinichi Sekine)

Numerous municipalities located 30 to 50 kilometers from nuclear power plants have no apparent evacuation plans for residents in the event of a nuclear accident.

Their complacency seems far removed from the real-time fear that in March 2011 drove the mayor of a town located about 50 km from the Fukushima No. 1 nuclear power plant to mobilize for the possibility of evacuating all residents.

“Depending on the wind direction, radiation may be spread anywhere. I thought it was only natural to prepare even though we were 50 km away,” said Norio Kato, who served as mayor of Shinchi in Fukushima Prefecture at the time of the triple meltdown at the plant.

After the accident, triggered by the Great East Japan Earthquake and tsunami, the central government expanded the area where evacuation plans were required from a radius of between eight and 10 km of a nuclear plant to 30 km.

Currently, 121 municipalities, or about 90 percent of the total, have compiled evacuation plans in light of their proximity to a nuclear plant.

The central government provides financial assistance to municipalities situated within a 30-km radius of a nuclear plant for them to buy protective gear, stable iodine tablets and radiation measuring equipment.

But the situation is somewhat different for municipalities lying more than 30 km from a nuclear plant. Such municipalities are not obligated to compile evacuation plans and do not receive financial support to purchase materials that may be needed when a nuclear disaster occurs.

A total of 116 of the municipal governments made some mention of dealing with nuclear accidents within their local disaster management plans.

Five of them had evacuation plans with specific details about where and how to evacuate.

The Fukuoka city government came up with such an evacuation plan because a local official said, “Radioactive elements might fall in the city depending on weather conditions so we need the plan to provide residents with peace of mind.”

The city government has purchased stable iodine tablets for about 580,000 residents who live within a 50-km radius of a nuclear plant. Those tablets are stored at eight locations around the city and will be distributed should a nuclear accident occur.

The city government has asked the central government to cover the cost of the tablets.

Twenty-seven municipal governments, however, did not mention having any plans prepared to deal with a nuclear accident.

After the Fukushima nuclear accident, five municipalities outside the 30-km radius were designated as areas that had to be evacuated. Those orders are still in place for two.

But an official with one local government that made no mention of possessing a plan for a nuclear accident said having such a plan might unduly raise concerns among local residents.

This was not a concern for Kato in 2011, who initiated steps to prepare all 8,000 or so Shinchi residents for evacuation, calling the Akita prefectural government even though he knew no one there, and speaking with a deputy governor who promised to provide total cooperation should the need arise.

(This article was written by Taro Kotegawa, Keitaro Fukuchi and Shinichi Sekine.)