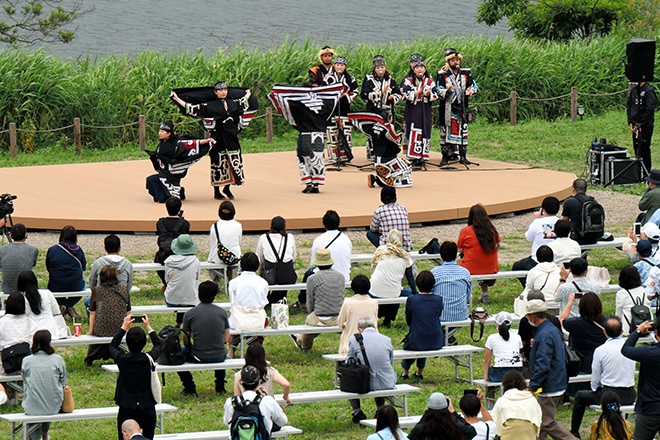 Nippon Television Network Corp. took the unusual step of using a news program to apologize for another program that on March 12 used a pejorative to refer to the nation’s indigenous Ainu people.

In the program that aired, a comedian used the word “inu,” which means “dog” and was apparently intended as a pun on Ainu, when a documentary about an Ainu woman shown on the Hulu streaming video service was introduced.

According to Jirota Mokottunas Kitahara, an associate professor at Hokkaido University’s Center for Ainu and Indigenous Studies, dog has been used to belittle the Ainu people since olden days.

“After watching the broadcast, I could not concentrate on my work,” said Kitahara, whose mother is Ainu. “While I realize from what came before and after the comment that there was a positive intention to introduce the documentary, I believe it is a serious matter to broadcast a word that has caused trauma to many people over the years.”

He added: “The video was originally meant to focus on the importance of diversity. I hope this issue is taken up to show how utterly insensitive a major media company was toward an important domestic topic.”

In response to questions, an official with Nippon Television Network expressed a deep apology and promised to make efforts to prevent a recurrence, saying: “We lacked the appropriate understanding that the expression constituted discrimination and there was insufficient checking before the broadcast. As a result, we ended up broadcasting an inappropriate expression that hurt the Ainu people without making the proper judgement.”

(This article was written by Yusuke Miyata and Takumi Ono.)