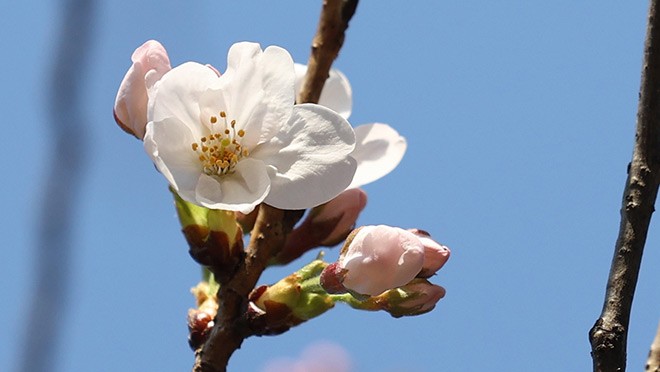 Cherry blossoms began blooming in central Tokyo on March 14, tying the record for the earliest sighting since 1953 when data on the event was first collected.

Officials of the regional headquarters counted five flowers that had opened on a sample tree, the benchmark figure used to announce the news.

This year’s record tied that of last year.

The cherry blossoms are expected to reach their peak in a week.