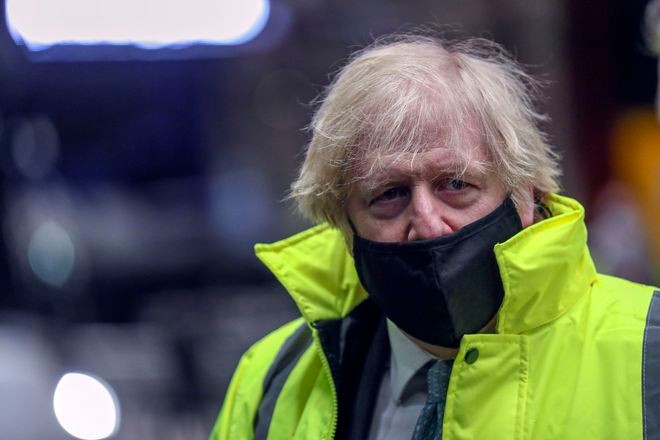 LONDON--Britain's government said Tuesday the U.K. will prioritize diplomatic engagement with Asian countries in the coming decade and lift its own cap on the size of its nuclear stockpile, as Prime Minister Boris Johnson unveiled a major shift in the country's foreign policy and defense priorities after Brexit.

Setting out a vision of a “Global Britain,” the government's new strategy document envisions the U.K. “tilting” toward the Indo-Pacific region and becoming a bigger player there as the world’s “geopolitical and economic center of gravity” moves east to countries such as China, India and Japan.

The document also outlined plans to overhaul the U.K.’s defense policies, most notably paving the way for increasing the amount of nuclear warheads Britain has at its disposal to 260. That reverses existing plans to reduce the stockpile to 180 by the middle of the decade, and a longstanding policy of gradual nuclear disarmament.

Russia remains “the most acute threat to our security," the government said, but the language on China was markedly more muted. While the report acknowledged the risks posed by a more assertive China, and described the country as the “biggest state-based threat to the U.K.’s economic security," Johnson said the U.K. will continue pursuing a “positive trade and investment relationship” with Beijing.

“There is no question China will pose a great challenge for an open society such as ours," Johnson told the House of Commons. “But we will also work with China where that is consistent with our values and interests, including building a stronger and positive economic relationship and in addressing climate change.”

As part of the new policy, Britain is applying for partner status in the Association of South East Asian Nations, and Johnson will travel to India next month for his first major international visit since the U.K. left the European Union.

The Royal Navy aircraft carrier HMS Queen Elizabeth will be sent to the region later this year for its first operational deployment.

Asked about the need to boost the U.K.'s nuclear capabilities, Foreign Secretary Dominic Raab told the BBC that it was "the ultimate insurance policy against the worst threat from hostile states.”

Johnson said some longstanding policies will remain the same: Britain would remain “unswervingly committed” to NATO and preserving peace and security in Europe, and the U.S. will remain Britain’s most important ally.

Keir Starmer, the leader of the opposition Labour Party, said Britain’s policies toward China remained as inconsistent as it has been for the past decade — ignoring its rights abuses while inviting the country to invest in British infrastructure such as its telecoms network. He also questioned why Johnson didn't mention the U.K.'s decision to cut international aid spending and its arms export policies.

“If ‘Global Britain’ is to mean anything, it cannot mean selling arms to Saudi Arabia and cutting aid to Yemen,” Starmer said.

Johnson has been facing increasing pressure from his own Conservative Party to take a more assertive stance against China--particularly regarding claims of genocidal policies against the Uighur minority in its Xinjiang region--and several lawmakers criticized Tuesday's review document for not delivering that. Julian Lewis, who chairs the parliamentary Intelligence and Security Committee, described the British government's stance as one of “grasping naivety."

The prime minister stressed that he favored a more “balanced” approach, and warned against a “Cold War mentality” against China. Instead of confrontation, Britain is likely to seek to engage with Asian powers like India to work out a united strategy to deal with Beijing.

The government also said it will make climate change and preserving biodiversity its top international priority over the next decade. The new priorities are the result of a year-long review of Britain’s security, defense, international development and foreign policy.

Tuesday's announcement came after Johnson announced in November a 16.5 billion-pound ($23 billion) increase in defense spending over the next four years, focusing on the future battlefields of space and cyber rather than traditional resources such as army troops.

A defense report to be published next week is expected to set up detailed plans to modernize the armed forces, cut around 10,000 troops and reduce the fleet of battle tanks.