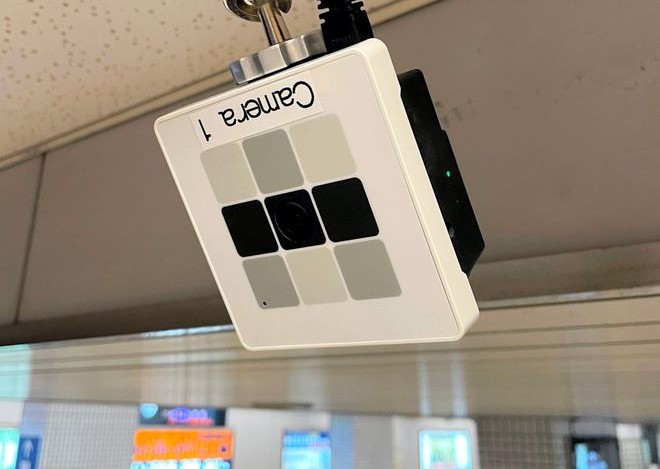 The new system is aimed at preventing accidents involving passengers with disabilities, such as falling onto the tracks from the station platform.

Keihan’s AI system is being tested at its Gion-Shijo Station in central Kyoto, which is close to Yasakajinja shrine and other major sightseeing destinations.

The rail company mainly serves the Kyoto-Osaka area. It worked with Apprhythm Inc., an Osaka-based information technology firm, to install four cameras at the station ticket gates in February.

The AI system will continue to accumulate image data through the end of March so it learns how to tell when people are using white canes or wheelchairs, and eventually detect them automatically.

Starting in April, station staff will begin receiving notifications on their work phones any time the system detects them.

Kintetsu, which serves the Kinki region, introduced a similar system on a trial basis in June last year at the ticket gates of its Yamato-Saidaiji Station in Nara.

A Kintetsu representative said the system is effective because it allows station employees in the staff room to learn about the presence of white cane and wheelchair users, even when none of the station staff is available at the ticket gates.

Sagami Railway, which serves Kanagawa Prefecture, also worked with a security company to conduct a similar test by using a surveillance camera at its Futamatagawa Station in Yokohama from Feb. 16 through 28.