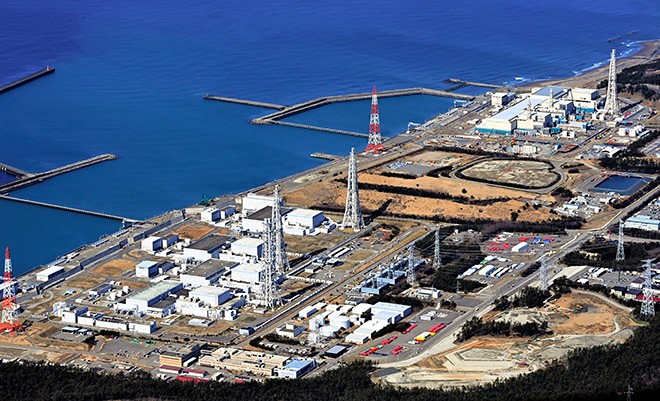 The Nuclear Regulation Authority effectively halted Tokyo Electric Power Co.’s plan to restart a reactor at its nuclear plant in Niigata Prefecture after finding “shoddy” repairs to the porous security situation at the site.

“We are keeping TEPCO’s move toward the restart on hold in our continuing series of inspections until the company is allowed to start commercial operation of the reactor,” Toyoshi Fuketa, chairman of the NRA, said on March 17.

In a preliminary assessment, the NRA on March 16 rated TEPCO’s preparedness for protecting nuclear material at the Kashiwazaki-Kariwa nuclear plant at the bottom of a four-level scale. Such preparations must be in place to protect against terrorist attacks, sabotage and other potential crises.

The utility is seeking to restart the No. 7 reactor at the plant in June while it continues struggling to decommission its stricken Fukushima No. 1 nuclear plant.

The restart of the reactor with an output capacity of 1.3 gigawatts would allow TEPCO to save huge costs spent on fossil fuel for its thermal power plants.

The utility was expected to seek approval of procedures to load nuclear fuel in the reactor before it was reactivated.

But with the dismal security assessment at the Kashiwazaki-Kariwa nuclear plant, the nuclear watchdog said it will delay that procedure, even if the utility applies for it.

Fuketa said an additional inspection of the site will take “at least more than a year even if it proceeds at an extremely fast pace.”

But TEPCO reported to the NRA that the Kashiwazaki-Kariwa plant had been unable to detect unauthorized access at 15 points because of equipment glitches since March 2020. The unsecure situation continued for more than 30 days at 10 points.

Since January this year, TEPCO had repeatedly reported to the NRA that it had taken alternative measures to remedy the situation.

However, the NRA discovered that these measures were inadequate when it conducted an unannounced inspection of the plant late at night on a holiday in February.

The equipment in question has been fixed and no intrusions were confirmed, according to TEPCO.

The NRA did not reveal further details of the company’s problems, saying certain information must be withheld for security reasons.

But Fuketa was clearly infuriated by the utility’s handling.

“The alternative steps are shoddy as anyone can see,” he said at an emergency news conference on March 16. “We need to determine whether TEPCO settled on the measures due to a ‘lack of knowledge’ or it believed that it could just gloss over the problem with ‘that level of response.’”

Kashiwazaki Mayor Masahiro Sakurai expressed “shock” over TEPCO’s actions at a news conference hastily called on the night of March 16. Kashiwazaki co-hosts the nuclear complex, together with the neighboring Kariwa village.

Sakurai said the schedule for the plant’s restart was “reset” and voiced strong skepticism toward the utility.

“I am afraid that the recent problem illustrates the company’s inability to alter its systemic awareness,” he said.

Sakurai, who was re-elected mayor in November, is a proponent of the reactor restart and has echoed the views of local business leaders.

In January, reports emerged that an employee entered a central control room at the nuclear plant using the ID of another employee in September.

The incident was rated as level 2 on the four-level scale by the NRA.