Japan on track to soon reach its target for renewable power 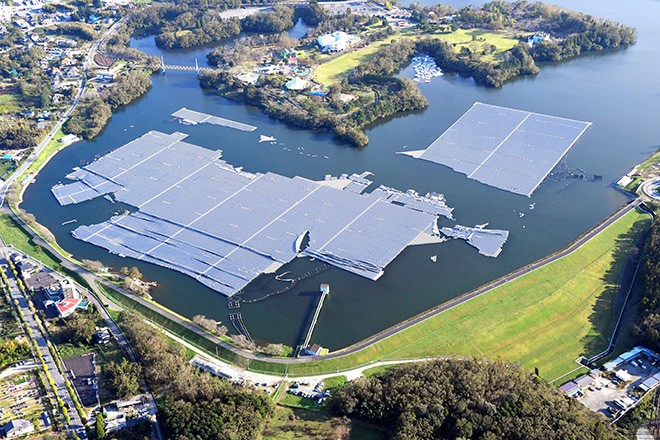 Japan appears on track to soon hit its target for how much it relies on renewable sources of energy.

Renewables accounted for 21.7 percent of Japan’s total power generation in 2020, according to a preliminary report released by the International Energy Agency (IEA) on March 15.

The government had set a goal of increasing the renewable energy ratio to between 22 to 24 percent of the overall supply mix by fiscal 2030.

Yasushi Ninomiya, a senior researcher at the Institute of Energy Economics, Japan, is optimistic about the current trend, even though the increase in reliance on greener sources of power was partly driven by a drop in economic activities caused by the pandemic.

“Renewables are expected to grow further, and it is possible that the renewable power ratio will reach the 22 percent goal in 2021,” he said.

With the achievement of that goal seemingly on the horizon, it raises the prospect that the government will start to face new calls to set higher goals.

The IEA tallied the amount of power generation by power source, statistics it collects from its member nations, including Japan.

On the other hand, thermal power generated through sources such as natural gas decreased.

But the renewable power ratio jumped to 21.7 percent from 18.6 percent in 2019. The sharp increase is partly attributable to slowing economic activity in Japan in 2020 due to the COVID-19 pandemic. Total power generation in the country dropped by 3.3 percent year on year.

For European member nations of the Organization for Economic Co-operation and Development, in total, renewables accounted for 44.3 percent in 2020.

The ratio in Europe was more than double that of Japan’s.

The Japanese government is planning to review its goals for the country’s energy supply mix. How much higher the government will set its target for the portion of renewable energy is expected to become a major topic in those discussions.