VOX POPULI: Are non-native dandelions a sign of ecological destruction? 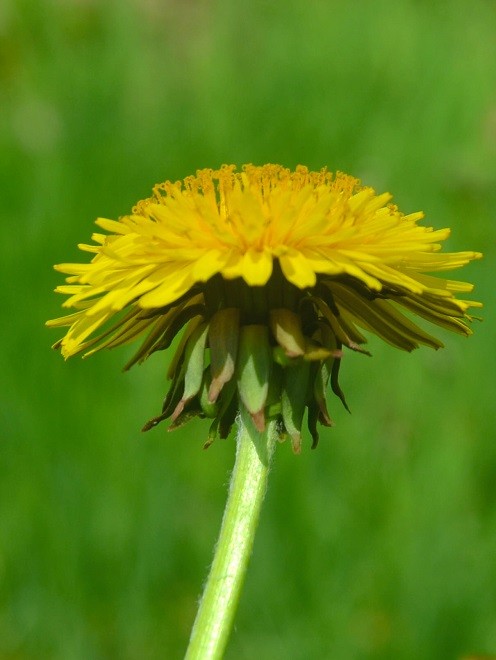 A whopping 8,664 yellow dandelions, collected over the last two years and  mounted on displays, are stored in a room in a building in Osaka. Each display holds 25 flowers.

The collection is being used to make a distribution diagram showing the “sphere of influence" of non-native species of dandelions and those native to Japan.

Half a century ago, a group of students started a survey on the premise that "the further the destruction of nature progresses, the more non-native dandelions proliferate."

The students invited the public every five years to pick dandelions and send them in, and they recorded the collection sites on a map.

Susumu Kimura, 67, a high school biology teacher, has led the survey since he was a university student.

"Non-native species that do well in developed lands are found in parking lots and along roadsides, while native Japanese species grow on footpaths between rice fields and in copses," Kimura noted.

It is easy to tell the non-native species from their native counterparts: Only the former have bracts under the flower head flexing downward, like a beard.

The survey spans the prefectures of western Japan.

Surprisingly, non-native species began declining in Osaka after peaking in 2005.

"The resurgence of native species was proof that after the collapse of the asset-inflated bubble economy in the early 1990s, some rustic environment returned in urban areas," Kimura explained.

Hybrids have also become more noticeable in recent years, and the pollen of each flower is examined under microscope for classification.

He was right. But I doubt that even this great scholar ever imagined that so many people of all ages would come to enjoy a dandelion distribution survey.

Just the other day, I found a dandelion growing out of a crack in the asphalt. I looked under the flower head as I was taught and saw its prominent beard--obviously a non-native.

Its bright yellow petals announced the arrival of spring.