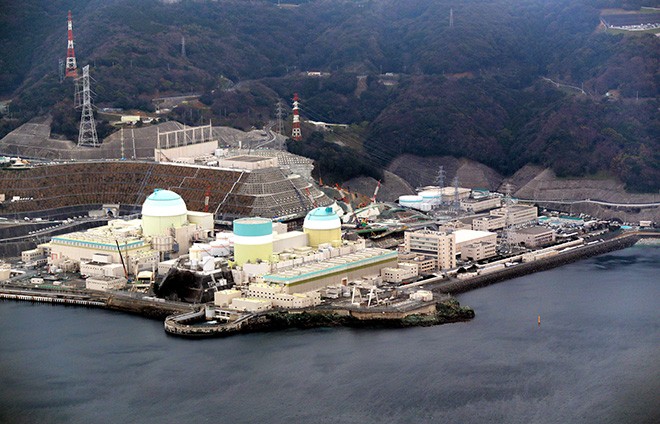 HIROSHIMA--The Hiroshima High Court has revoked an injunction against the Ikata nuclear power plant in Ikata, Ehime Prefecture, clearing it to resume operations.

The high court had originally granted a provisional disposition order to suspend the Ikata plant’s No. 3 reactor in January 2020, after residents raised concerns over the risks natural disasters pose to the plant.

But the same court rejected those concerns on March 18 and decided to reverse its previous decision, following an appeal by the plant operator, Shikoku Electric Power Co.

The No. 3 reactor has been stopped due to the construction of an anti-terrorism facility. But the plant operator is now planning to restart the reactor at the end of October.

Residents must weigh whether to appeal to the Supreme Court.

The main issue at play was how risk is assessed over the possibility of natural disasters striking the plant.

Shikoku Electric argued there are not any active faults within two kilometers of the nuclear plant, based on its research. According to the new decision, the court found the utility’s position was reasonable.

The court meanwhile dismissed the argument by residents that there could be active faults.

It also accepted most of the arguments by Shikoku Electric, which insisted that the possibility of a huge volcanic eruption of Mount Aso in Kumamoto Prefecture, about 130 kilometers from the nuclear plant, is "tiny."

It dismissed the argument by residents that the biggest possible eruption should be assumed in risk assessment.

The new decision said residents bear the burden of proof for risks posed by the nuclear plant.

In January 2020, the high court had said that Shikoku Electric should verify that there are “no risks.” This time, though, the high court adopted a different standard of judgment.