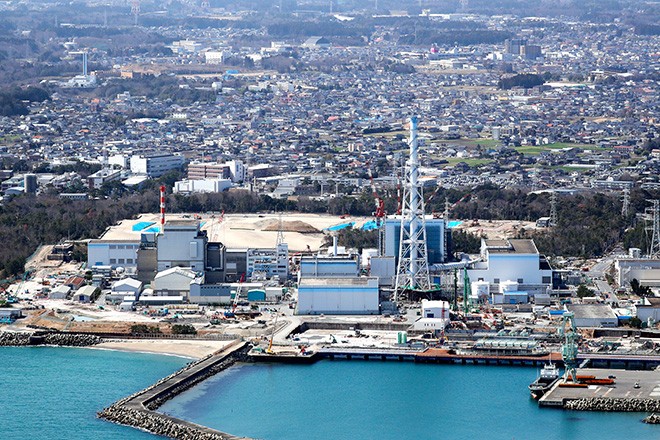 The district court ruling that ordered the suspension of the Tokai No. 2 nuclear power plant on March 18 also blasted local governments for failing to compile realistic evacuation plans for residents in the event of an accident.

Japan Atomic Power Co. had been hoping to resume operations at the single-reactor plant in Tokai, Ibaraki Prefecture, after completing work on safety measures there in December 2022.

The plant is the only one operated by the cash-strapped company with even a remote possibility of resuming operations.

But the Mito District Court sided with plaintiffs who demanded an injunction on the plant and argued that the lack of evacuation plans was totally unacceptable.

Putting together such plans is complicated, however, because 14 municipal governments have some form of jurisdiction over an area within a 30-kilometer radius of the plant.

Those municipalities have a combined population of 940,000 who would have to be evacuated should an accident occur at the Tokai No. 2 plant.

Only five municipalities have assembled an evacuation plan, but the court concluded that even those municipal governments had failed to construct a system that could actually be implemented.

A major hurdle for the other nine municipal governments that have not yet even compiled an evacuation plan is finding adequate means to transport residents to their evacuation site.

While residents would, in principle, be asked to use their cars to drive to evacuation centers elsewhere, municipal governments would have to secure transportation for those such as senior citizens who cannot evacuate on their own.

When the Ibaraki prefectural government put together its evacuation plan for the entire area covered by the 30-km radius, it estimated that about 20,000 residents would have to use buses to evacuate.

But that means local governments would have to secure a total of between 400 and 500 buses, a number so large that the nine municipal governments are still trying to coordinate ways to secure them.

The court ruling said having residents using their cars to evacuate would lead to massive traffic jams that would make it difficult for a swift evacuation from the area.

“Because we haven't been able to secure the means of transportation, we couldn't proceed to discussions about how to avoid traffic jams,” one Ibaraki prefectural government official said.

For Ibaraki's capital, Mito, another major problem is designating the evacuation centers that would be needed for the 270,000 or so residents who would have to evacuate in the event of a nuclear accident.

The city government has found 40 other local governments willing to take in evacuees, but those municipalities are spread out over a wide area in the Kanto region. The Mito city government still must determine the number of local residents to evacuate to the various centers.

One municipal government official in charge of compiling the evacuation plan said while the local government did not want to put together an unrealistic one, there would be no end in sight if all the possible factors had to be taken into consideration.

Japan Atomic Power on March 18 indicated it would appeal the district court ruling to suspend the Tokai No. 2 plant because of the financial harm the company could incur as a result.

The plaintiffs, residents of Ibaraki Prefecture and the Tokyo metropolitan area, are planning to appeal on the grounds that not all of their arguments were accepted by the district court.

(This article was written by Takaya Katada and Ryo Sasaki.)