Foreigner entry ban to remain after state of emergency ends 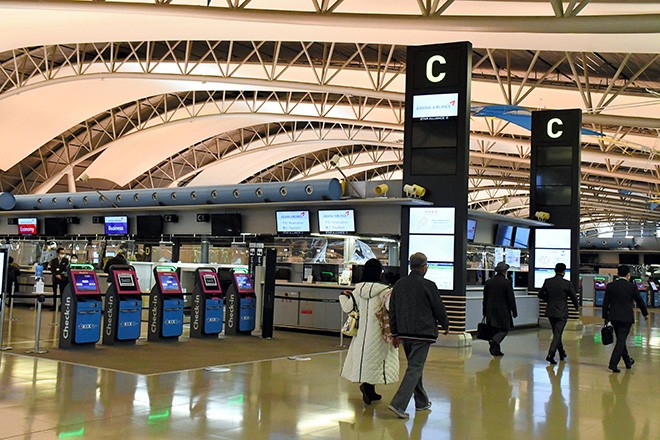 Japan on March 18 decided to continue banning entry to all nonresident foreign nationals after the state of emergency is lifted for the greater Tokyo metropolitan area on March 21.

Suga said the government will allow foreigners into Japan for emergencies on a case-by-case basis, but the entry ban will remain “for the time being.”

The government is also expected to limit the number of entrants per day to about 2,000, including Japanese nationals returning home and foreigners with residency status.

In addition, entry will be allowed in “exceptional circumstances,” such as people involved in preparations for the Tokyo Olympics and athletes competing in test events.

Japan has closed its border to foreign travelers since Jan. 14 as a measure to halt the surge of novel coronavirus infections and to prevent the spread of COVID-19 variants in the country.

The measure was initially expected to be eased with the lifting of the state of emergency for Tokyo and three neighboring prefectures.

But health experts have raised concerns that variant strains will become more dominant in Japan. The country has already reported cases involving the British, South African and Brazilian strains.

“People are worried,” an official close to Suga said. “We cannot loosen up the (border controls) now.”

The government on March 17 also designated seven countries, including the Czech Republic and Pakistan, as places where novel coronavirus variants are spreading.

(This article was written by Tatsuya Sato and Taro Ono.)