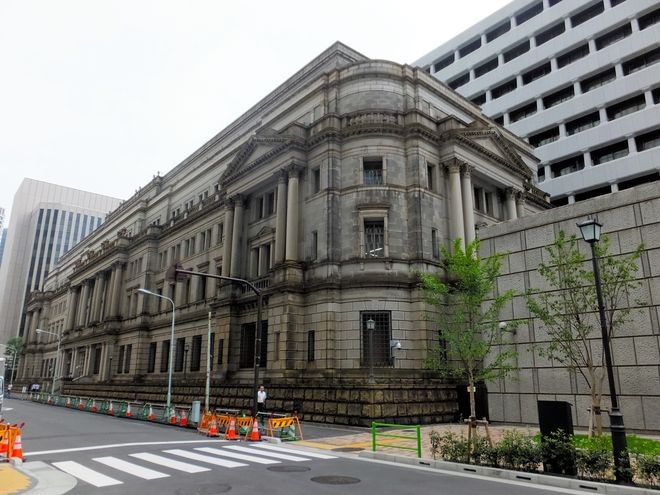 The Bank of Japan on Friday widened the band at which it allows long-term interest rates to move around its target, as part of a raft of measures to make its ultra-easy policy more sustainable amid a prolonged battle to fire up inflation.

The central bank also removed its explicit guidance to buy exchange-traded funds (ETF) at an annual pace of roughly 6 trillion yen ($55 billion), which gives it more room to wind back its market stimulus.

Instead of buying at a set pace, the BOJ said it would buy ETFs only when necessary while maintaining a 12-trillion-yen ceiling for annual purchases.

“Even if the coronavirus pandemic subsides, we might face another shock,” BOJ Governor Haruhiko Kuroda told a news conference. “We decided to maintain the 12-trillion-yen ceiling, and buy ETFs more flexibly and in a nimble fashion.”

At the two-day policy meeting that ended on Friday, the BOJ kept intact its target of -0.1% for short-term rates and 0% for the 10-year yield under its yield curve control (YCC) policy.

In a review of its policy tools announced after the meeting, the BOJ said it would allow long-term rates to move up and down by 0.25% around its target, instead of by the current implicit 0.2%.

The BOJ will not apply the rule rigidly if yields move below the band temporarily, it said, stressing the near-term priority was to keep borrowing costs stably low to support an economy hit by the COVID-19 pandemic.

“It’s a very minor change. The difference between 0.25% and 0.2% is quite small,” said Masaaki Kanno, chief economist at Sony Financial Holdings in Tokyo. “There’s a long way to go before we even get close to 2% inflation,” he added.

In December, the BOJ unveiled a plan to conduct a review of its tools in March to make them more “sustainable and effective” as the pandemic prolongs its battle to spur growth and inflation with massive monetary support.

Nodding to calls that its huge buying was distorting prices, the BOJ said it will buy ETFs only when markets destabilize and confine buying to those linked to TOPIX. At present, it targets both ETFs linked to TOPIX and the Nikkei stock average.

The decision sent the Nikkei average down 1.6% and the Topix to a new 30-year high. The benchmark 10-year Japanese government bond (JGB) yield rose 1.5 basis points to 0.115%.

The BOJ also said it will offer incentives to financial institutions that tap its loan programs, as part of efforts to mitigate the side-effects of any additional interest rate cuts.

Specifically, the BOJ will pay interest to financial institutions that borrow from its various lending schemes.

“In practical terms, there is not much for the Japanese economy in these policy tweaks,” said Joseph Capurso, currency analyst at Commonwealth Bank of Australia.

“One thing that the central bank did do is they made some tweaks to their various bank lending facilities. But these are just tweaks and I don’t think that they’re going to change the trajectory of the Japanese economy.”

The BOJ had already been “stealth” tapering its risky asset purchases by sharply reducing buying after ramping it up last year to calm markets jolted by the pandemic.

The challenge for the BOJ would be to convince markets that by making its policy framework sustainable, it can eventually push up inflation to its elusive 2% target.

Japan’s core consumer prices fell 0.4% in February from a year earlier, data showed on Friday, dropping at a slower pace than in January but remaining distant from the BOJ’s goal.