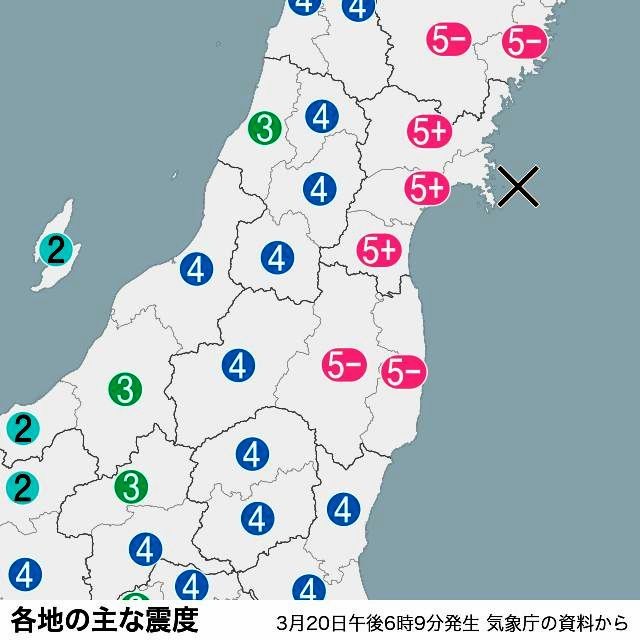 An illustration shows quake intensities in various areas of the Tohoku region as of 6:09 p.m. on March 20 with the X marking the focus of the quake. (Compiled from Japan Meteorological Agency documents)

An earthquake struck off the coast of Miyagi Prefecture at about 6:09 p.m. on March 20.

According to the Japan Meteorological Agency, a quake with an intensity of upper 5 on the scale of 7 was observed in the Miyagi Prefecture municipalities of Tome, Osaki, Wakuya, Misato, Iwanuma, Zao, Ishinomaki, Higashi-Matsushima, Matsushima and Sendai’s Miyagino Ward.

The estimated magnitude of the quake was 7.2.

The agency also issued a tsunami caution for Miyagi Prefecture and said there was a possibility of a tsunami as high as 1 meter reaching parts of the coast.