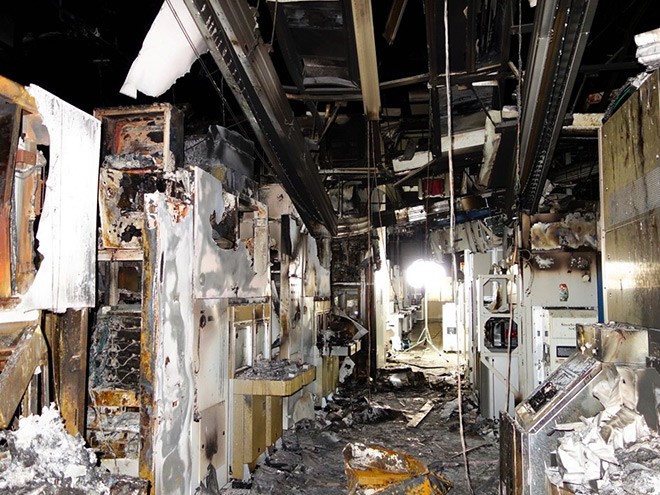 Major semiconductor maker Renesas Electronics Corp. has halted some of the production lines at its main factory due to a fire, striking a blow to an automobile industry already struggling with microchip shortages.

“I deeply apologize to everybody for the inconvenience and concerns it has caused,” said Hidetoshi Shibata, president of Renesas Electronics, during a news conference March 21 called by the company to announce the production stoppage.

The fire broke out at Naka Factory in Hitachinaka, Ibaraki Prefecture, at around 2:47 a.m. on March 19, according to the company.

Employees notified the fire department after they saw white smoke coming out of equipment on the first floor of one of the factory’s two production buildings.

The fire died down at around 8:12 a.m. that day. None of the employees was injured, company officials said.

An on-site investigation concluded that a device that coats semiconductors was the source of the fire and that excess electrical current was the likely cause.

The fire damaged 11 units of manufacturing equipment, or 2 percent of all the equipment inside the building.

Shibata showed images of charred factory devices at the online news conference and said it will take at least a month to resume operating the halted production lines.

“We will find some way to resume production within a month with the utmost effort,” Shibata said.

The company said it will purchase new equipment so it can get up and running in a month’s time.

But if the delivery of the replacements is delayed, it will take longer than a month for the company to resume operations, Shibata said.

The damaged building has the largest production capacity and is used to manufacture the company’s most advanced semiconductor through a precise process, according to the company.

More than 60 percent of the products affected by the stoppage are semiconductors used for automobiles that have been in scarce supply worldwide.

Japanese automakers have been forced to reduce production due to the shortage.

It is inevitable that the fire will directly impact and further damage the industry, officials said.

But TSMC’s delivery time has slowed due to a shortage of semiconductors and an increased demand for them.

That led Renesas to recently take up production on its own, and it started manufacturing them at the factory.

“It geared up to survive the semiconductor shortage,” said an official from the Ministry of Economy, Trade and Industry.

The fire “was ill-timed,” the ministry official said.

Major automakers, such as Toyota Motor Corp., Nissan Motor Corp. and Honda Motor Co., have been scrambling to gather information since the fire was reported.

Renesas officials said the company will ask other factories and semiconductor makers to make up for its production. But that is unlikely because many are already operating at full capacity.

Renesas claims about a 20 percent share of the market for automobile microchips.

The very same factory was damaged during the 2011 Great East Japan Earthquake. It was forced to halt production lines for about three months afterward, which disrupted automobile production worldwide.

(This article was written by Yasuro Suzuki, Kazutaka Kamizawa and Hiroki Ito.)